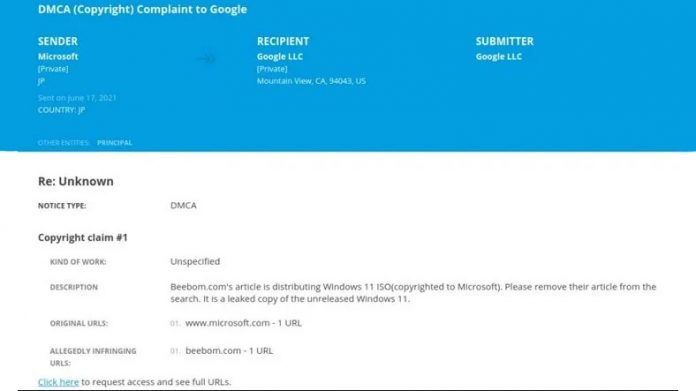 According to the information that first appeared on the Fossbytes website, Microsoft filed a copyright infringement notification to the technology site Beebom, which is very popular in India. In the description of the DMCA complaint, “Beebom.com’s article causes the ISO file of Windows 11 licensed by Microsoft to be distributed. Please unpublish this article. This file is a leaked copy of the not-yet-released Windows 11.

According to DMCA rules, Beebom, which published this article, is required to remove the published article. Otherwise, the authorities will remove this article from search results.

No reference will be made to sites that report about the leak of Windows 11, but sites that share the leaked ISO file may soon face serious copyright notices.

Pokémon x Post Malone: ​​‘Only Wanna Be With You’ listen