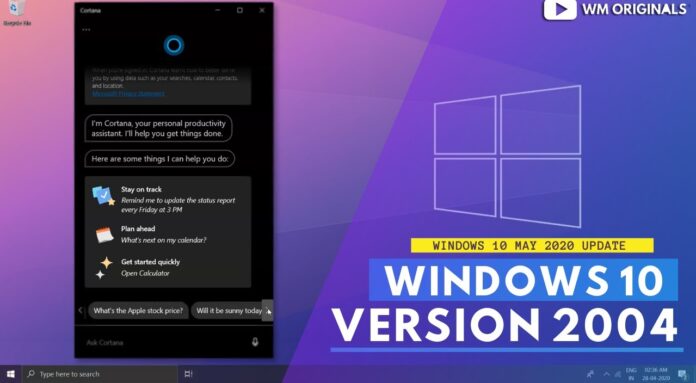 Microsoft started releasing the final version of the Windows 10 version 2004 update for Insider users. Version 2004, also known as the May 2020 update, will be released soon for all users.

Microsoft has finally completed the May 2020 update, called Windows 10 20H1 version 2004, which it has been working on for months. Microsoft has now begun publishing its final version, called 19041.208, for Windows Insider users.

In the last days of November 2019, Microsoft stopped adding new features to the Windows 10 version 2004 update and focused more on solving problems in the update. Since then, it has updated version 2004 many times from fast cycle to slow cycle, and finally the completed version meets Insider users.

Strangely enough, the final structure still contains some issues. There is a problem in Windows Mixed Reality that can affect dozens of users. It is also reported that there is a problem with Microsoft Deployment Image Maintenance and Management (DISM) and problems between the Input Method Editor (IME) and some applications.