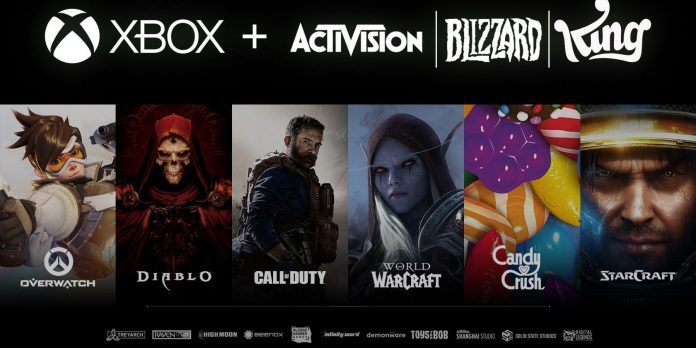 Microsoft is facing tough reviews from regulators around the world as it tries to close the deal to acquire Activision Blizzard. Microsoft has to solve the problems associated with strengthening control over the gaming market, given the size of Activision Blizzard. These reviews have led, to put it mildly, to some interesting statements and revelations. The last example is a response from Sony itself, which claims that the popularity of Call of Duty is so significant that no platform owner should own it. Microsoft, of course, does not agree.

Sony’s argument, filed as part of Brazil’s ongoing investigation into Microsoft’s acquisition of Activision Blizzard, claims that the popularity of Call of Duty “influences the choice of console users.” In addition, the loyalty of Call of Duty players means that the opponent will never be able to repeat his success. The bottom line is that Microsoft’s acquisition of Activision Blizzard, and with it Call of Duty, will be anticompetitive. Now Microsoft has issued a statement refuting the point of view of Call of Duty, which is difficult to deny.

Microsoft starts by pointing out that Sony is the only party that makes such statements, and other third-party organizations that have been consulted do not have similar feelings about the acquisition. In addition, Microsoft believes that Sony is behaving inconsistently. Microsoft notes that exclusive deals have also been a key component of Sony’s own business strategy. In fact, Sony is actively making deals in which developers must agree that they will not publish their games on the Xbox Game Pass.

There are several more counterarguments presented by Microsoft as part of its 27-page document filed with the Brazilian regulatory authority. These include Microsoft’s intention to continue releasing Call of Duty games for PlayStation, the analysis that the Xbox Game Pass is just one of the ways gamers pay for games, Sony’s own competitive subscription services, and so on.

It is difficult for consumers to understand this argument. It’s easy to see that Microsoft owning Call of Duty and offering it on Xbox Game Pass would be a huge boon. In the long run, this may even hurt Sony, since Call of Duty is very popular on PlayStation platforms. However, this does not necessarily mean that Microsoft’s acquisition is anti-competitive. There will always be new games, and even if Xbox becomes more and more popular in the coming years, and PlayStation will fall, this is also normal for the industry. Whether any of this will affect Microsoft’s acquisition is another matter.

Star Wars: Ahsoka Adds A New Star To Her Cast