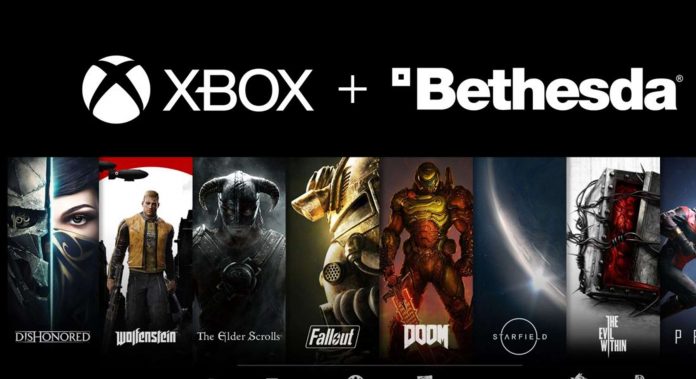 News started to circulate that shook the Xbox world. It is claimed that a comprehensive event planning has been created in collaboration with Bethesda and Microsoft.

Well-known game reporter Jeff Grubb said Xbox and Bethesda are planning a major event in March. It is also stated that Microsoft has allocated a serious budget for this event.

Microsoft, which has incorporated two important brands of the game world such as ZeniMax and Bethesda, is expected to do great work this year. Of course, more importantly, Xbox users will benefit the most from this merger. Even the possibility of Microsoft’s regular “discounts” on Bethesda games makes it possible for the Xbox to be preferred. Bethesda, which has developed games such as The Elder Scrolls and Fallout, now seems likely to work more comprehensively.

It is a very realistic possibility that Microsoft, which bought Bethesda for 7.5 billion dollars, will complete the purchase and plan a big event in March. Before the E3 fair, it is quite possible that Microsoft will come to the fore with an event that will shake the game market. Bethesda, who owns Elder Scrolls, Fallout, Doom, Dishonored, Wolfenstein, Starfield, The Evil Within, Prey and many more, was known to almost dominate the RPG world.

Speaking on Microsoft’s Xbox Podcast, Spencer said: “He is very excited to have incorporated Bethesda in 2021 and they can now work as one company.” One should not be surprised if all Bethesda games are offered on the Xbox platform at a discount or for free for a limited time in March.

See Also
Claim: Microsoft will take all the games of Konami!

Could a new Skyrim or Fallout game come in?

One of the favorite marketing strategies of the Microsoft team is known to be “continuity”. With Microsoft’s acquisition of Bethesda, speculation is slowly spreading that a sequel to Skyrim, the best hit in the Elder Scrolls franchise, is coming. Of course, it is also possible for the Fallout PC series to continue.

With the acquisition of ZeniMax, it is almost certain that series like Doom will continue. In the early days of Microsoft, Doom had a lot of bread in the game world, so to speak. Major events seem to be waiting for the game world as the acquisitions of Bethesda and ZeniMax are completed.