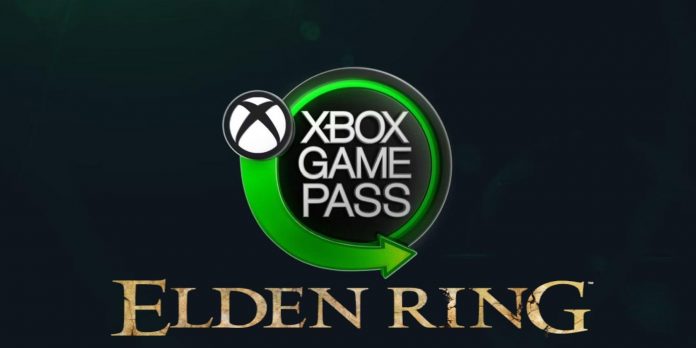 Xbox Game Pass is a subscription service from Microsoft that allows players to choose from hundreds of games on their PC or Xbox, depending on their chosen membership. New and interesting games are always being added to Game Pass, and many upcoming major releases, such as Redfall and High on Life, will be available from the first day on the service. Recently, some gamers have noticed a couple of big games that seem to have hit the Xbox Game Pass.

These games were Elden Ring and Grand Theft Auto 5, which will be important additions to the Xbox Game Pass list. Although some screenshots posted on the Internet did show that these games would arrive in the Game Pass, there was another theory according to which Elden Ring and GTA 5, instead of being available by subscription, could be played through Xbox Cloud Gaming, which broadcasts games to the user’s computer. device. However, judging by Microsoft’s statement, the names may not come to any of the services.

In a conversation with Eurogamer, Microsoft stated that displaying Elden Ring and GTA 5 as games compatible with Game Pass and Cloud Gaming was a mistake. Microsoft said it was “aware of an error that caused some games to be incorrectly displayed as available with Xbox Game Pass Ultimate.” According to the company, a fix was released for this bug, and since then the Elden Ring and GTA 5 store pages have been updated, and the mention of availability with the Xbox Game Pass has been removed.

This will undoubtedly disappoint some who wanted to play these major releases at the price of Game Pass Ultimate rather than pay for the games in full. Elden Ring and GTA 5 will also not appear in Xbox Cloud Streaming, which fans hoped for, given Microsoft’s previous statements about expanding the service. Some even hoped that the release of these games on any service would become part of the Xbox Gamescom presentation. However, it seems that the company has other plans for this show at the end of August.

Xbox recently unveiled its plans for Gamescom 2022, and while fans may be disappointed that Elden Ring won’t be included in the Game Pass, there are plenty of other things to look forward to. Minecraft Legends, A Plague Tale: Requiem and the new game Pentiment from Obsidian are scheduled to be shown later in August at the beginning of Gamescom.