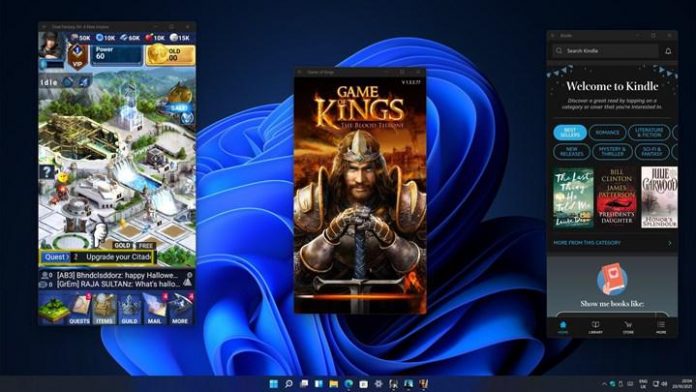 Microsoft announced that the new operating system Windows 11 will come with brand new features and Android application support. The company, which postponed Android support with the release of the official version, started to distribute the new feature to beta users.

The new update brings the Amazon APPstore and the Windows Subsystem for Android and hosts a selection of 50 Android games and apps. Leveraging Intel Bridge Technology, the new feature will be supported on AMD, Intel and Qualcomm-equipped devices.

Microsoft also announced that APK files can be installed with the android application support of Windows 11, but the new update does not include APK support for now. It looks like the company will focus on apps available on the Amazon Appstore and will bring APK support later.