One of these themes is called “Candy” and resembles the user interface called Aqua, which Apple introduced at the 2000 MacWorld Fair and Conference. Although the theme appears to be incomplete, the Windows XP Start button, various buttons and user interface elements are in harmony with Apple’s Aqua theme.

Microsoft never released the Aqua theme it prepared for Windows XP. We understand that this theme was used in the initial source code of the operating system. Windows developers seem to have used this theme as a placeholder when designing the theme engine for Windows XP. The theme itself is a description like “Whistler skin with eye candy” and has the note “for inside use only”. Whistler was the code name for Windows XP. 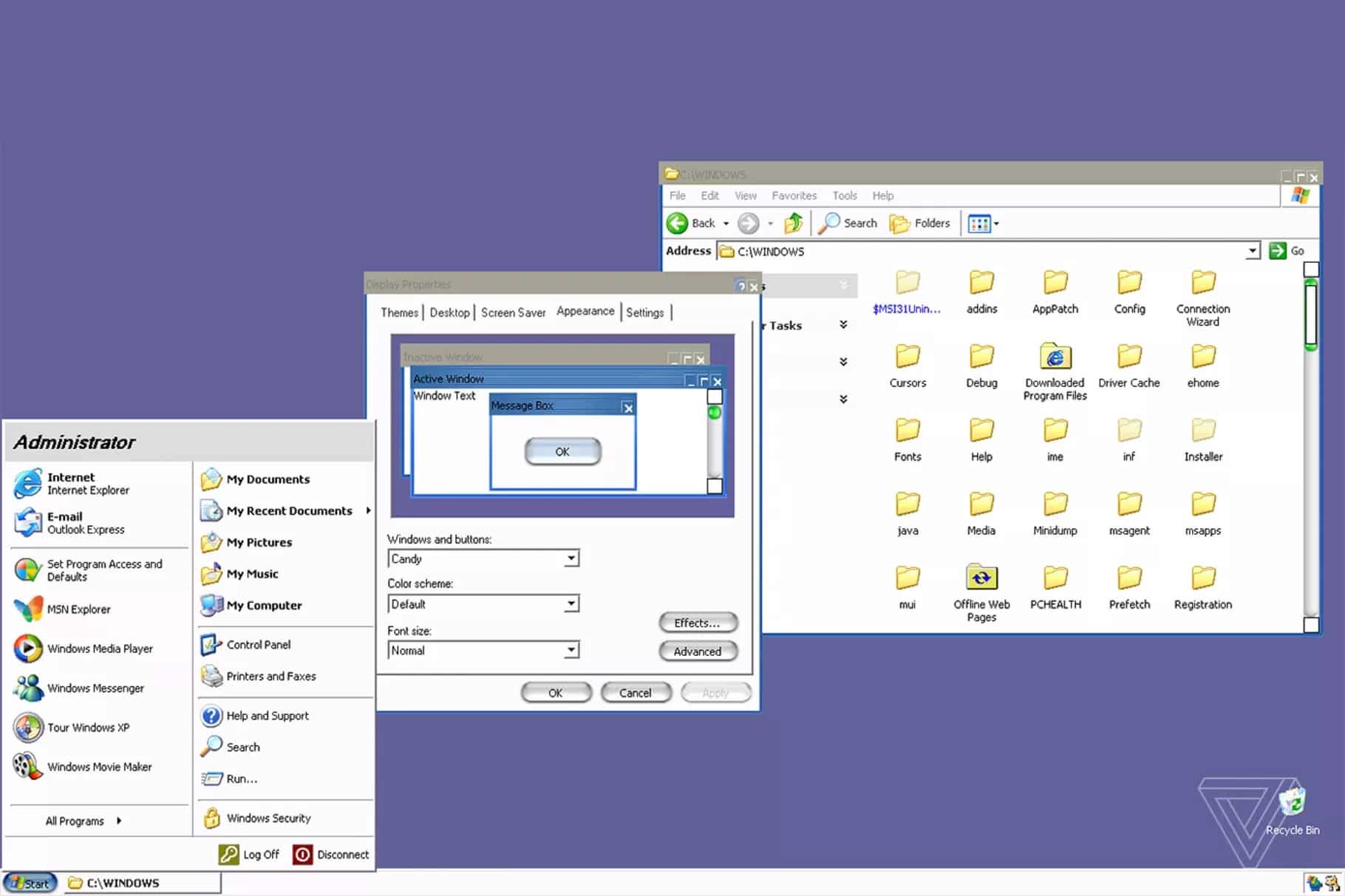 In the final version of XP in 2001, Microsoft preferred the Luna theme, with blue and green tones predominant. The theme engine in Windows XP was one of the important updates brought to the operating system. In this way, the door was opened to third-party themes and many customizations.

Microsoft was developing Windows XP in a period of intense competition with Apple over desktop operating systems. Towards the end of the 2000s, Apple mocked Microsoft and featured banners at traditional developer conferences saying “Redmond, run the copiers”. It also ran a “Buy a Mac” ad campaign focused on Windows’ flaws. These advertisements were shown heavily especially during the time of Windows Vista.

In the 90’s and 2000’s, Windows was heavily inspired by the classic Mac OS, which later became OS X. Apple also borrowed some Windows features. Especially, it was possible to see these effects when navigating through window design, navigation, control panels, files and folders.

BLACKPINK Announces History of Light Up The Sky

Jennifer Aniston causes a stir in the networks for a shameful...

Description about 6G technology from Xiaomi