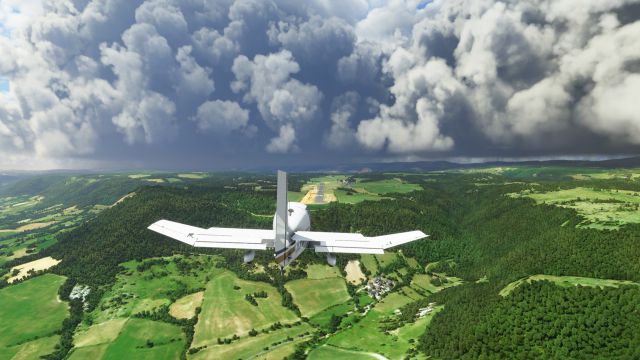 Microsoft Flight Simulator: Asobo Studio’s aircraft game, now available on PC, will finally receive its console version on July 27.Xbox Series X and Xbox Series S will take off very soon. Not literally, but in the video game that is about to hit the market. We refer, of course, to Microsoft Flight Simulator, a title that has already seen the light in compatible, but that is finally going to take flight on consoles. To fly through the air, the ship should not be too heavy, although when looking at what it will occupy on the hard disk, it may be necessary to make some adjustments to see the skies from the sky. The game page confirms that we will need almost 100 GB of space, 97.2 GB specifically.

However, this number must be taken with flexibility, because the size will vary depending on different factors. To begin with, these 100 GB refer to the standard edition, which means that those with more content will see this figure increase. The same with each of the console models: surely it does not occupy the same in Series S and Series X, for example. Be that as it may, it serves as a point of reference.

What will your frame rate be on Xbox Series?

The adaptation of Microsoft Flight Simulator to console is taking shape as its release date approaches. One of the mysteries was how it would perform in the new generation, something that was recently clarified by the study itself. According to the developer, the game will run at 30 fps as a general rule. However, those who have a VRR screen will have the opportunity to enjoy a higher framerate, although they have not specified a specific figure.

Like all games published by Xbox Game Studios, the arrival of the game on consoles means that it will also be available within the Xbox Game Pass catalog beyond the PC.

Pokemon Scarlet and Violet: How Grafaiai can be related to Smeargle