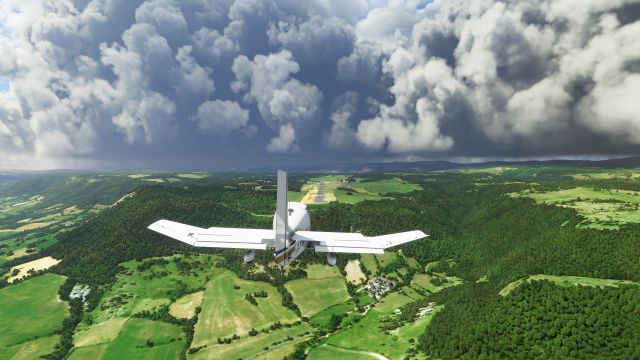 Microsoft Flight Simulator receives a new patch that reduces the storage space required by almost 100 GB during its initial download. Microsoft Flight Simulator releases an update that drastically reduces the required storage space. Of the 170 GB required for the initial download, it will go down to just 83 GB. It is part of version 1.16.2.0, now available on PC.

In the patch notes we can find other corrections, such as increasing the density of live air traffic and improving its stability, in addition to reducing the bandwidth taken by weather data. You can read the full list in the source of this news.

Since its launch last August 2020, Asobo Studio’s aerial simulator has remained exclusively for Windows 10. However, it was during The Game Awards 2020 when we learned that its future plans were going through Xbox Series X | S. It will arrive sometime this summer, between the months of June and September.

However, it was a few weeks ago when PEGI, the body that classifies games by age in Europe, rated the game for Xbox One. No official communication from the company regarding an edition in the past generation has transpired.

During our analysis we said that Microsoft Flight Simulator “is the most complete and realistic civil aviation simulator to date”. “Never before has the level of ambition that Asobo Studio set for itself been exceeded. To be able to visit the entire planet with our plane and to do it with this degree of quality is a dream ”, we concluded. It achieved a score of 9.3 out of 10. You can read the full text through this link.

We remind you that the title is part of the Xbox Game Pass catalog for PC; once it arrives on Xbox Series X | S, it will do the same in the console version. On the other hand, on a computer it can be purchased in the Microsoft Store or on Steam.