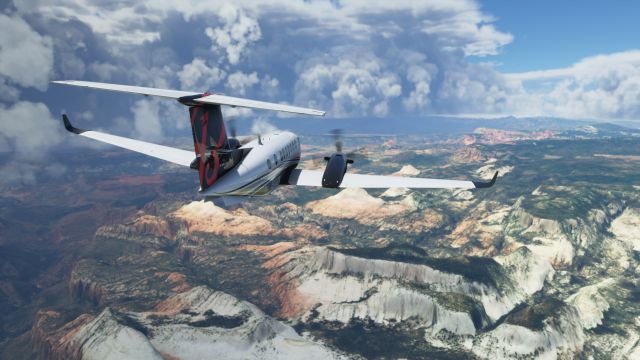 Microsoft Flight Simulator: The game was confirmed for Xbox Series X and Xbox Series S, with a release date scheduled for next summer.High-flying simulator. This is Microsoft Flight Simulator, a title in which we become pilots, with all that that entails. The production of those by Remond, which Asobo Studio has developed, was initially marketed on PC, but the intention of the North American giant is to launch it on console. We already knew that Xbox Series X and Xbox Series S will fly in the summer, but what about Xbox One? Nothing has been officially said, but the body that classifies games by age in Europe, PEGI, has just rated it.

Sometimes, that a game appears registered may indicate that the launch is close, but this type of reflections must be taken with a grain of salt, because it is not the first time that the institution makes a mistake when classifying versions. That said, we have to wait to find out what Microsoft’s plans are in this regard. It is also worth wondering how this game will perform on a console like Xbox One, since Microsoft Flight Simulator is characterized by its impressive visual finish. And no, just any computer is not worth it to make it work properly.

Despite not being a mass game, Asobo Studio’s work has already sold more than 1 million copies. As a result of this success, the developer has signed a new agreement with Microsoft to develop a new exclusive title, of which no details have yet emerged. Meanwhile, the studio continues to work on new periodic updates, which have been adding new functionalities and elements. In fact, some maps are specifically designed to look like real places.

Microsoft Flight Simulator came out on PC last summer. If everything goes according to plan, the console version (at least the new generation) will be ready for the summer season. Engines pointed, checks carried out and wheels running. The runway is ready for take off.