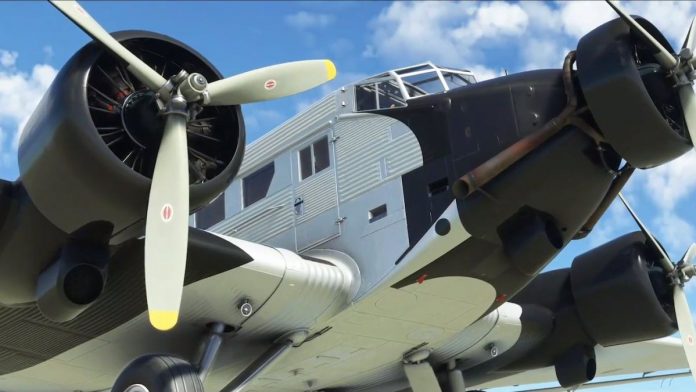 Microsoft Flight Simulator: On the occasion of the film, territories such as Germany, Austria and Switzerland will come to the game along with new planes and content. New trailer for the expansion.Microsoft Flight Simulator has announced its first major content update, the Top Gun expansion, World Update VI. Asobo Studio’s aviation simulator, a critical and public success, confirms that this batch of new content will arrive accompanied by Germany, Austria and Switzerland and will be completely free from September 7.

Jorg Neumann, head of Microsoft Flight Simulator, confirmed the information during the conference. This expansion will arrive on the occasion of the upcoming Tom Cruise movie, Top Gun: Maverick, with new fighter jets, locations and more.

Microsoft Flight Simulator is available on Xbox Series X | S and Windows 10 PC via Xbox Game Pass, where all subscribed members can enjoy it without limit. You can read our analysis here.

The German Gamescom is one of the most important events of the season in the video game sector. Without having as many announcements or revelations as E3 is Los Angeles, just by looking at the lineup of confirmed names, it seems that Opening Night Live is going to be very worth it.

The conference will begin this Wednesday, August 25 at 20:00 (CEST) and will last two hours; Although the preview will start half an hour before, at 7:30 p.m. You can follow it minute by minute in MeriStation.

Call of Duty: Vanguard, SAINTS ROW, LEGO STAR WARS: The Skywalker Saga, TMNT: Shredder’s Revenge, Genshin Impact, Super Monkey Ball Banana Mania are just a few of the confirmed names. We will have new footage from Death Stranding: Director’s Cut and more. The conference will feature more than 30 announcements. What are you waiting for?

Judging by the nominees, and without this serving as a preview of anything, names like Elden Ring or Mario + Rabbids Sparks of Hope appear on the list of nominees for the best games of the event. Does this mean that we will see more material from those titles? This Wednesday we will leave doubts.