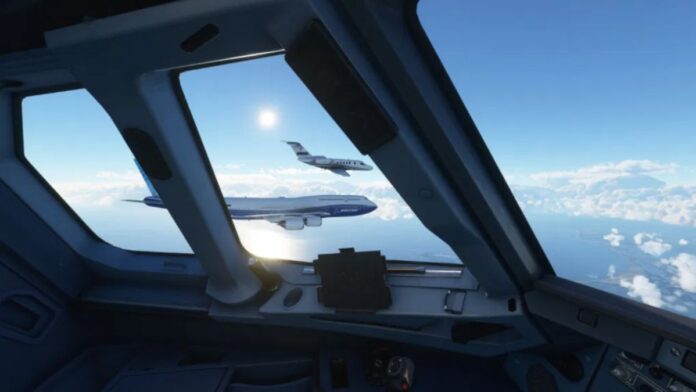 Microsoft’s successful flight simulator is updated with a VR mode that allows you to use the main glasses from Oculus, Valve and HTC, among many others.

Through an entry on the Xbox Wire portal, Microsoft has confirmed that the VR update of what has been its most acclaimed release of 2020, Microsoft Flight Simulator, is now available. From now on, the Asobo Studio game can be enjoyed on the main virtual reality headsets from Oculus, Valve and HTC. But watch out for the studio work, because in their quest for perfection they wanted to make this feature “accessible to as many VR users as possible” and they have also achieved compatibility with less common peripherals, such as Windows Mixed Reality (including even the recent HP Reverb G2 ). You can consult here the complete list of models compatible with this update and a very complete FAQ (Frequently Asked Questions) about the news of the same.

Microsoft Flight Simulator also made headlines a few days ago for its appearance at The Game Awards 2020, where it offered an approximate release date for the version of Xbox Series X / S, Microsoft’s next-generation consoles. In principle, the title will arrive in the summer of 2021 to them and it will do so by displaying the same overwhelming graphics and the same playable options that have led it to be one of the games of the year. Its success has been such that not only has it accumulated more than a million copies sold, but has even made Microsoft reach a new agreement with its creators (Asobo Studio, formerly authors of A Plague Tale: Innocence) to develop a new exclusive to the company. A job that will not make you forget about Flight Simulator, which they have promised to provide support and content for the next 10 years (the recent updates from Japan and the United States being a good example of what we can expect). This has only taken off.