Home Entertainment Microsoft Flight Simulator Improves The Quality Of The Iberian Peninsula With Its... 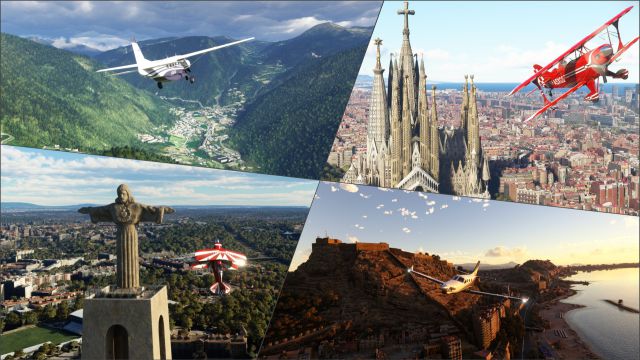 What does World Update VIII include in Microsoft Flight Simulator?

From Asobo Studio they have outlined by hand four airports scattered around the area. The specific list of additions includes the Airports of A Coruña, Faro, Pico and La Seu d’Urgell. Cities like Bilbao, Malaga and Lisbon will have photogrammetry, that is, a detailed scan based on Bing satellite maps. The trio is accompanied by Cascais, Coimbra and Barreiro.

Among the modeled points of interest, the Segovia aqueduct, the Sagrada Familia, the Córdoba mosque and Las Médulas stand out, among others. You will be able to observe the almost one hundred additions from the map menu before selecting the flight point.

Coordinates of points of interest in Microsoft Flight Simulator

Below we leave you with the coordinates of some of the points of interest added during the update. You can travel to select points by following this tutorial.