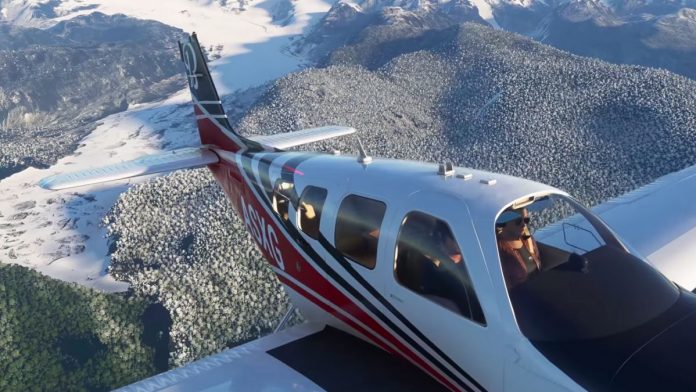 Asobo Studio’s game takes advantage of winter and is updated with new weather conditions that once again demonstrate why it was successful.

We are out of adjectives to describe Microsoft Flight Simulator. When it seemed impossible that it would surprise us again, the game goes and does it with a new gameplay in which it shows the improvements that its latest update incorporates, this time focused on the weather. The title has just incorporated snow in real time, which adds even more changes and weather conditions to its catalog, coloring the landscapes that surround us in a breathtaking way. Now we can fly over castles wrapped in snow, frozen lakes and huge towns and frozen moors. And it should be remembered that the game uses Meteoblue to see what the weather is like in the real world at the exact moment we are playing, then making us fly with it for greater immersion and realism. Therefore, being currently winter in much of the northern hemisphere, this is going to be one of the updates that we will get more games in the coming months.

Although Microsoft Flight Simulator had announced its arrival on consoles, it was not until The Game Awards that we knew the launch date that it has in mind for its landing on next-generation platforms. The title will arrive in summer 2021 on Xbox Series X and Xbox Series S, where it intends to continue displaying overwhelming graphics and an overwhelming amount of playable options, reasons that consolidated it as one of the best games of 2020. Its success It has been such that it not only accumulates more than a million copies sold, but has even made Microsoft reach a new agreement with its creators (Asobo Studio, formerly authors of A Plague Tale: Innocence) so that they develop a new exclusive to the company. A job that this time they will have to do in parallel to Flight Simulator, which they have promised to provide support and content for the next 10 years (with updates such as the latest on Japan and the United States, a good example of what we can expect). The journey has only just begun.

The effects of censorship in China on the game and movie...