Home Entertainment Microsoft Edge Will Finally Help You Find The Tabs That Consume The... 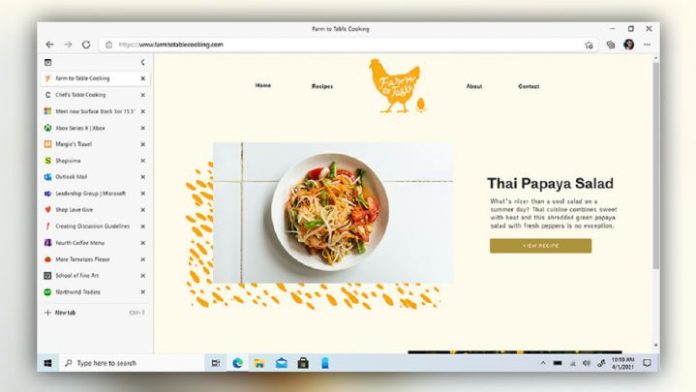 Microsoft Edge: One of the concerns of computer users is the amount of resources that it allocates to different applications. Each one requires a different treatment and also depends on the content it reproduces. In this sense, Internet browsers are highly variable and are many of the excessive use that they make of the device’s memory. But in the case of Microsoft Edge, this is about to end with the arrival of an improvement that indicates which pages consume the most.

Close the heaviest tabs in Edge

Internet users who use both Google Chrome and Edge have been asking for improvements in the performance of these applications for years. And we put the two in the same bag because they have the same base that is Chromium. The fact is that they are first cousins, which has helped the Redmond people to improve their application and put it in a better place than the version that was launched with Windows 10.

But now the American company is in a stellar moment, so much so that it will bring a significant improvement over its rival. According to TechRadar, Microsoft will improve Edge with a feature that indicates which tabs consume the most, so closing them will gain resources for your PC.

As you know, each time you open a browser it displays different tasks depending on the tabs you open. Each one is translated into a process, but which one is the one that consumes the most if you see it in the Task Manager? Exactly, it does not appear which is which, simply several processes that are called the same between one and the other with the name of the browser.

The arrival of a feature that helps you find the most resource-consuming tabs in Edge is great news. In fact, it would be a huge change in applications with Chromium, leaving Chrome one step behind the Redmond app. That would not be for long, since it is up to the Mountain View firm to maintain a good pace of updates and improvements with which to attract the attention of users.

Remember that this is in the PC version, where Edge is an important rival unlike smartphones, a device in which many users rely on Chrome for their online browsing sessions.

Rockstar Builds Its Own Music Studio With Artists Who Made Music...

WandaVision: What is her intention in the Marvel series?