Home Tech Microsoft Edge 80, Supporting for ARM Based Devices Released for Windows and... 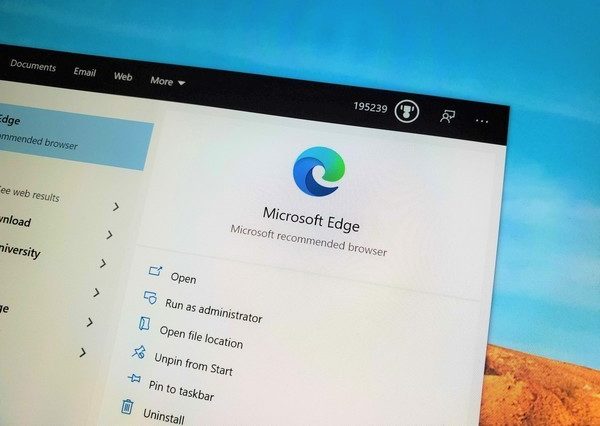 A new version of Edge, Microsoft’s new browser, launched in the past few months, has been released, providing native support for ARM-based devices. Thanks to the new version, the Surface Pro X device within the company also received support.

Microsoft has released Chromium-based Edge 80 for Windows and Mac computers. Although there were a few minor changes in the new version, the biggest addition was the support for ARM-based Surface Pro X, announced by Microsoft in late 2019. Using the open source Chromium infrastructure of Google, the browser promises a strong performance with its renewed design.

Surface Pro X, owned by Microsoft, was launched as an alternative to the company’s Google Chromebooks. The new Microsoft Edge that runs on this device is great news for both users and the software giant itself, especially when it comes to scanners, the options in the ARM64 world were particularly limited, and Microsoft had to provide its customers with a full-featured browser.

The biggest difference of the new version was the support of ARM-based systems:
The currently stable version of Microsoft Edge can be downloaded from the company’s own site. Supported devices include operating systems from Windows 7 to Windows 10, as well as macOS, iOS and Android platforms. At this point, local support for ARM-based systems stands out as the biggest difference that distinguishes the new version from the previous one.

Microsoft has been testing for the Edge 80 version for a while. As a result of ongoing tests, the new version finally released today; Dolby Vision provides support for playback, enhanced web application support, overall stability, and performance improvements. The firm, which has just released the new scanner last month, is apparently holding its hand quite quickly to keep up with the increasing competition.

The new Microsoft Edge will launch automatically on devices using Windows 10 in the coming weeks, but if you don’t want to wait, you can download the browser manually. However, to update the browser currently installed on your device, you can manually check for updates by opening Edge and going to Settings> About Microsoft Edge.