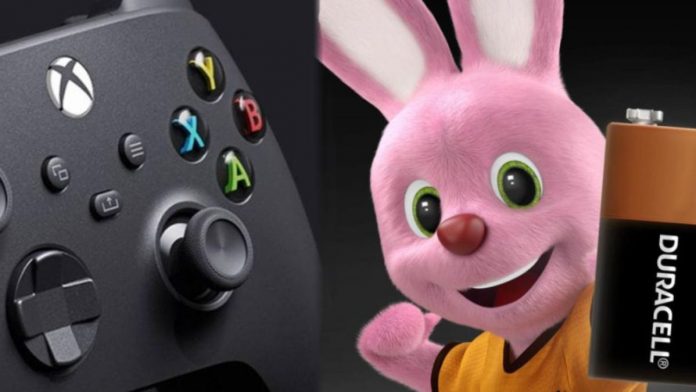 The company reiterates that Xbox Series X / S controllers do not have an internal battery so that players can choose the option they want: batteries, cable …

Luke Anderson, marketing manager at Duracell UK, had dropped in an interview that his company has always had an agreement with Microsoft so that it does not include internal battery in the controls of its consoles, as it has been doing since Xbox 360 and as it currently happens in the Xbox Series X / S. In this way users have to use batteries (where Duracell’s main market is) or buy an external battery, which in the case of the official Xbox brand is designed by … yes, Duracell. These statements by Anderson brought to light the economic reasons that can lead to selling controls without battery, as is the tradition in Microsoft platforms, and contradicts the arguments that Redmond had always given for that decision, which they justified by ensuring that some users they preferred it for reasons of preference, comfort and longevity of the average duration of command. Some statements, in short, before which Microsoft has had to go out and explain itself again.

Does Microsoft have an agreement with Duracell?

The US company has issued a brief statement to media such as EuroGamer where they assure that the decision to use batteries is still to let users decide. “We intentionally offer our consumers the option to choose their own solution for the battery of Xbox controllers,” Microsoft begins in that statement. “This means they can use any brand of batteries, the Xbox rechargeable battery, third-party solutions, or a USB-C cable that connects to the console or computer.” Nothing else. No direct mention of Duracell. A … denial? a bit lukewarm that, even leaving with the intention of denying the greatest, does not openly comment on his relationship with the famous brand of the energetic bunny. But even if there were, they seem to hide behind the fact that the final decision on the battery issue is due to other reasons.

This week the thing seems to be going from controls, as the satisfaction survey that Microsoft is doing to the first buyers of Xbox Series X / S has also been revealed, and in it it asks them what they would think if they included the Dualsense functions in the control , Sony’s new controller for PS5. Are they testing the waters? Will both new-generation consoles end up having a controller with adaptive triggers and habitat technology to improve vibration? It remains to be seen, but Phil Spencer, head of Xbox, seems interested in the subject. “I think innovation is something we should all be looking for,” he said.