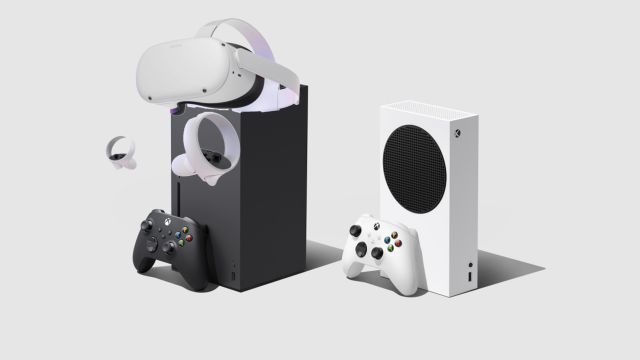 IGN Italia published a screenshot with messages pointing to the possible compatibility of virtual reality devices on Xbox consoles.

Microsoft is not focused on bringing virtual reality to its consoles, at least not right now. This was stated by an Xbox representative to Stephen Totilo, the former editor-in-chief of Kotaku. The clarification comes from a news published by IGN Italia in which they showed an image of a screenshot with a message that seemed to point to the arrival of virtual reality helmets to Xbox Series X and Xbox Series S. According to those of Redmond , this is a translation error.

“The text in this error message is incorrect due to a bug in the localization. Console VR is not a goal for us right now. ” Therefore, everything seems to indicate that unless they change their mind soon, Microsoft does not plan to allow virtual reality headsets to be used on their consoles in the foreseeable future.

Xbox has other goals today

Phil Spencer himself, head of the Xbox division, has already said on several occasions that virtual reality is not a priority at Microsoft. “I wanted to be clear with consumers about our goal. So if someone was waiting for us to release some VR headsets for the Series X launch or so … we’re not going to do that, ”he justified. The manager understands that there are people who expect that, but considers that they should focus their efforts on other aspects that they are doing right now.

Sony Interactive Entertainment, meanwhile, will continue to support virtual reality with new headsets, which will succeed PlayStation VR on PS5. Although there are not too many details yet, the intention of the Japanese company is to improve the resolution and other aspects, while facilitating the use of the device with a connection through a single cable.

Xbox Series X and Xbox Series S have been available since November 10.