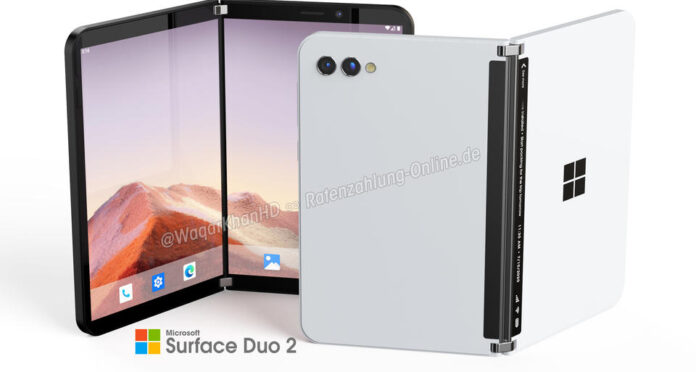 Microsoft signaled that the new models of the series were being started to work while planning to release the Surface Duo, which was delayed by the end of 2020. The company used the phrase ‘Surface Duo and future models’ in its job posting.

It was reported recently that Microsoft is trying to release the Surface Duo before 2020 ends; In the new job posting published, it was understood that they were working on new generation products besides Surface Duo.

In Microsoft’s job posting; “We are looking for a talented program manager who will provide end-to-end scenarios and features for Surface Duo and future products. To succeed in this position, it is necessary to have strong technical, communication and project management skills. ” statements took place.

Recently, German publisher Ratenzahlung-online has released a realistic concept of what the second generation of the device might look like. It is worth noting that in the version of Ratenzahlung-online, there are shortcomings such as smaller frames, more cameras and flash, an external display for notifications and 5G technology.

In the leaked features of the Surface Duo, the device has a latest generation processor; however, it was learned that it had only one normal camera without flash, no NFC capability and no 5G support.

It is not known whether Microsoft, which is criticized by the Surface Duo especially its camera, will take into account the suggestions of the users in the second phone of the series. Rather than camera features, Microsoft focuses on foldable screens that offer flexibility to users on Surface Duo. The dual-screen form of the device is designed to highlight productivity.