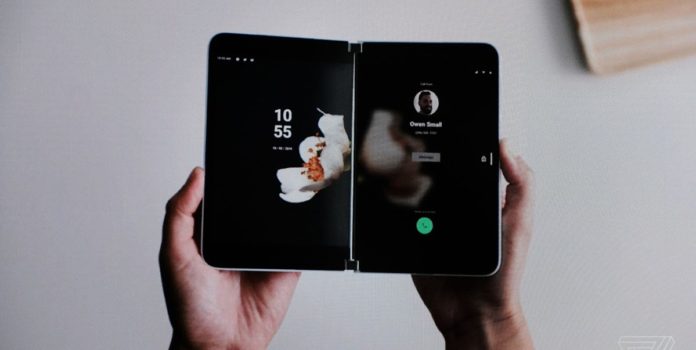 Microsoft has released a preview software development kit for its dual-screen device, Surface Duo. Documents published by Microsoft reveal how to develop Surface Duo applications with a design.

US-based technology giant Microsoft is working on mobile products as well as computer systems. In fact, the company recently announced its first foldable device, “Surface Duo”. According to the statements made by Microsoft, Surface Duo will not meet with consumers in the near future.

Microsoft has now made another important statement regarding the Surface Duo. This statement, which mostly concerns developers, is of great importance to make applications compatible with dual screen devices. Because the applications released today are only developed for a single screen, which will lead to some incompatibility issues with the launch of the Surface Duo.

What will be the default design in single screen use?
When developers want to create a default design for Surface Duo, they will only use one screen. The second screen will be completely independent, which can be used for a second application.

The default design in dual screen use will cover both screens of the device
If the app has Surface Duo support, users will be able to use both screens for a single app. Thus, a wider screen experience will be provided for users.

Developers will be able to develop full screen apps for Surface Duo
Full screen apps are already in many ways today. In particular, almost all game-type applications are developed to cover the entire screen, so users have the largest screen space possible. This feature will also be available for applications to be developed for Microsoft Surface Duo. However, developers will support their apps full screen if they want, not by default.