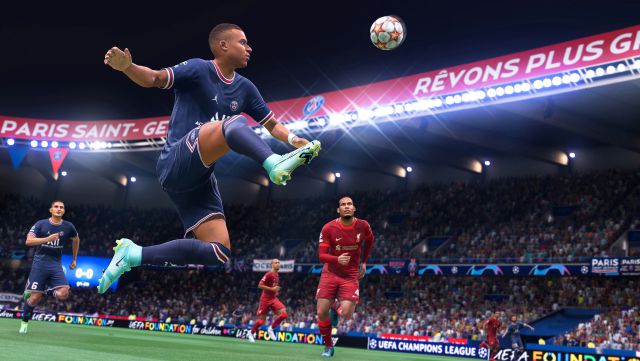 Microsoft: The companies present in the video game industry continue to make decisions against Russia and Belarus. Microsoft and Electronic Arts also join. Microsoft and Electronic Arts position themselves along the lines of Western governments. Both companies immediately cease sales of their products in Russia, and even those responsible for FIFA extend the decision to Belarus.

“Like the rest of the world, we are horrified, enraged and saddened by the images and news that come from the war in Ukraine and we condemn this unjustified, unprovoked and illegal invasion by Russia,” Microsoft begins in a forceful statement posted on its website. official website. “We are announcing today that we will suspend all new sales of Microsoft products and services in Russia.”

“In addition, we are coordinating and working closely with the governments of the United States, the European Union and the United Kingdom, and we are halting many aspects of our business in Russia in compliance with government sanctions decisions,” they reveal. They also confirm that they are mobilizing their resources to “help the people in Ukraine”. The decision comes days after Mykhailo Fedorov, the Ukrainian deputy prime minister, summoned both Xbox and PlayStation to stop their activity in Russia.

On the other hand, Electronic Arts continues its line of action against Russia. In addition to removing the Russian teams and their national team from all EA Sports FIFA products, they now stop their sales both in the country and in Belarus. “We have made the decision to stop the sale of our games and content, including virtual currency packages, in Russia and Belarus while the conflict continues,” they reveal.

But they go further: “As a result, our games and content will not be available for purchase in Russia through the EA and Origin app, including in-game stores. We are also working with our partners to remove our titles from stores and stop any sales in the region.”

From the American company they warn that it continues to evaluate “what actions to take” in its next movements.

Fuller House: Why the DJ’s husband was killed

Kindle Unlimited: Is It Worth Subscribing Without a Kindle?