Home Tech Microsoft And Activision: It Is Not A Console War, But A Business... 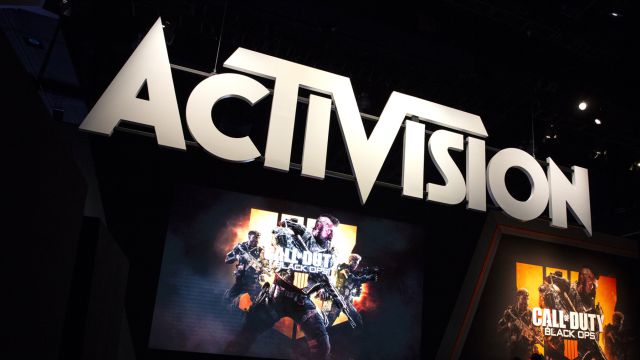 Activision Blizzard’s worst state has intersected with a sweet moment in Redmond, consummating a historic business move. Microsoft buys Activision Blizzard. Buy Call of Duty. world of warcraft Devil. Starcraft. Overwatch. Tony Hawk. Candy Crush. Crash Bandicoot. GuitarHero. Spyro. Hearthstone. Sekiro. And more. Well-informed journalists and media hardly had a few minutes of glory because what they gave as a possibility became official shortly after. Almost 70,000 million dollars for the largest purchase in the history of the industry. A movement that if it could be done, it was now.

At the best moment for Microsoft and at the worst possible moment for an Activision Blizzard with almost irreparable image damage and a growing sense of detachment from its biggest fans. It is at this point where the two destinies have crossed. Phil Spencer said that they would reevaluate the relationship with them after the Kotick and company scandals. Wow, they have.

It is not a purchase to deprive other consoles of games, but to reinforce the message and the business model: Cloud, Game Pass, play wherever you want

The purchase of Activision Blizzard by Microsoft brings with it many questions, but while the most basic is already being debated on networks (Will Call of Duty and Diablo be exclusive?), the reality is that the scope of this acquisition is much greater . It is not about considering whether the games will stop coming out on PlayStation or Switch, but rather about expanding horizons to what the company has been saying for a long time. It is about boosting gaming in the cloud wherever we are, about a Game Pass that will receive another bag of top-level games that continue to expand their business model. The message is not “Call of Duty is not on your console”, which I doubt will happen; the message is that “with Game Pass you have it from the first day at no extra cost; besides these other hundred and something”.

Thus, Microsoft’s movement should not be placed within a framework of Console War and exclusives, but in the concept of expansion of Play Anywhere. Of business model. They say in the statement: “The fantastic sagas of Activision Blizzard will accelerate our plans with the game in the cloud, allowing more people in more places around the world to participate in the Xbox community with phones, tablets, laptops and others. devices they already have. It is the expansion of the ecosystem. And it is not new.

If your idea is to be able to play streaming from an app installed on the TV, as Netflix does, better to do it with Activision and Bethesda than without them

On June 10, Phil Spencer defined his strategy in a briefing with the press: stop looking at hardware as a barrier and democratize video games “from and wherever you want”. Cloud and Game Pass go hand in hand on its roadmap, and this reinforces both pillars. We have long seen this as possible but far away, although it seems less and less far away. If you have to succeed with the game in the cloud, playing with an app installed on your Smart TV like you have Netflix, you will surely have more options to do it with Activision, Bethesda and the others than without them. That’s what they think at Microsoft. And they don’t seem to be wrong.

Will stop updating Bleeding Edge to focus on Project Mara