Home News Microsoft agrees with the US military: will sell AR glasses 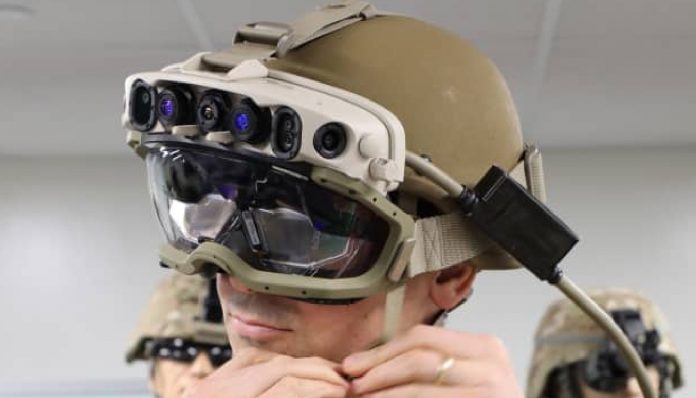 Microsoft will sell augmented reality headsets to the US military in a deal worth $ 21.9 billion (15.9 billion euros) in 10 years. The headphones will be based on the HoloLens product, which allows users to see holograms superimposed on real environments.

The contract was made for more than 120,000 headsets to be produced in the USA. Microsoft’s shares rose 3 percent after the announcement of the deal on Wednesday.

The army started the production phase of the project

Augmented reality is different from virtual reality. Because instead of replacing it with a completely new environment, it adds graphics to the user’s existing field of view. As a result, users see “alert screens” or holographs that can add more information to what they are currently seeing.

HoloLens is commercially available for $ 3,500 per headset. Microsoft often sells this lens to businesses that pair customized software with their apps. Architecture firms, hospitals, universities, automobile manufacturers and NASA are among the users of technology.

Microsoft has worked with the US Army for the past two years to build a prototype called the Integrated Visual Augmentation System (IVAS), a military-grade version of the Hololens. In addition, the company states that the army is now in the production phase of the project.

In a blog post, Microsoft stated that headsets “will keep soldiers safer and make them more effective.” The post also stated, “The program provides enhanced situational awareness that enables information sharing and decision making in a variety of scenarios.”

Let us remind you that after Microsoft announced its $ 480 million IVAS contract in 2018, at least 94 workers petitioned the company to cancel the agreement and stop developing “all kinds of weapons technology.”