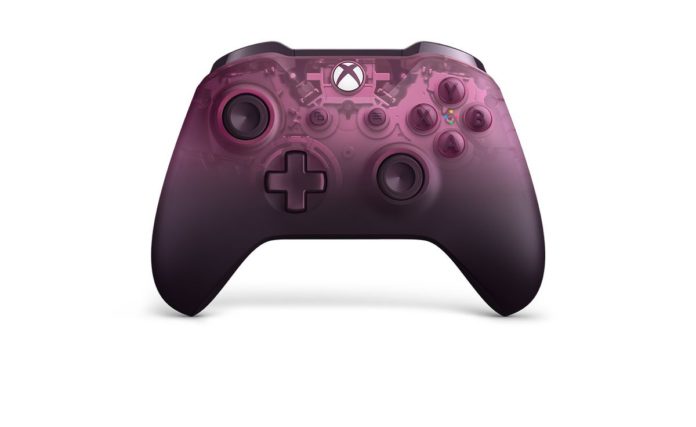 Microsoft designed the Phantom wireless controller series that it produced exclusively as translucent. A new color was added to the game controllers, which were originally offered in 2 colors, black and white.

Microsoft recently launched the Xbox Phantom wireless controller, which is translucent and comes in two color options, black and white, but the company has announced that it will now put a purple wireless controller on top of these colors.

The translucent design on the controller is matte to dark pink color and comes with Bluetooth support like all other Xbox controllers. Pre-orders for the new wireless controller have started today, but let’s note that this controller is not yet available in our country. General sales of the controller, which is available for pre-order at $ 69.99 on Microsoft’s US page, will begin on March 17.

Microsoft has been designing custom design controllers for Xbox for years. Phantom translucent wireless game controllers will only be produced in black, white and purple. These controls include a matte section and a transparent section that shows the inside of the controller. Also this control; It can work with devices using iOS, Android and Windows 10 operating systems. In addition, the controller can also be used on the next-generation Xbox Series X.

Xbox Series X is expected to be introduced later in 2020. Series X, which will come with much better features than previous consoles, is expected to mark this year with PlayStation 5. You can check out our news about this topic to learn about the features that players are curiously waiting for.

A promotional video of Dualshock 5, which will be the control device of PlayStation 5, has been released recently.

Porsche May Recall Taycan Ev Due to Battery Problem

Samsung Launches Beta of One UI 4.0, Based on Android 12