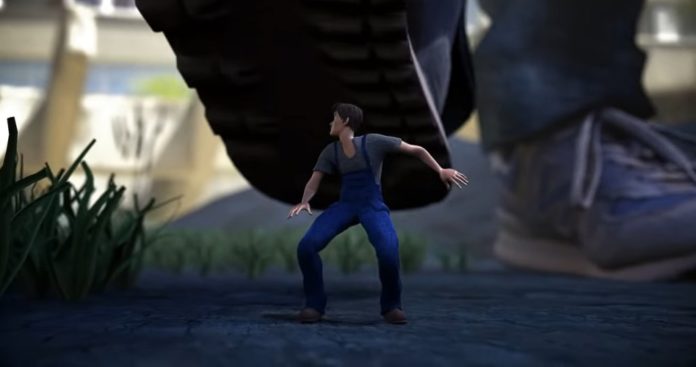 Warsaw-based Glob Games Studio announces its new game MicroMan, where we will bring life to an ant-sized person. The game can be played on PlayStation 5, Xbox Series X and PC platforms.

Good news comes from the game world these days when we close home to isolate ourselves. Quantum Error, which will be released for the next generation of consoles, has joined the game between Soulborn and Orphan of the Machine.

Another game to be added to the games to be played on the new generation consoles was announced today. It was announced that the game MicroMan developed by Warsaw-based Glob Games Studio will come to the PC platform as well as the PlayStation 5 and Xbox Series X consoles.

microman; PS5 will come to Xbox Series X and PC:
Announced today, MicroMan will be an interesting game that gives life to a lab worker, but as we can see from the trailer and visuals of the game, we will not be a normal lab worker. The character we will give life is shrunk to an ant size, whatever it is.

The game, where we will play an ant-sized lab worker, will present the events that took place in this character in a way that will suit the types of adventure, action and survival. The game will tell us a crazy and funny story as the producer says.

The aim of the player who plays the game will be to ensure that the lab worker he gives life can return to normal human dimensions, but according to the developers, this way is not easy, and the players will come across surprising things. However, the developers said that there will be choices that will directly affect the gameplay.

Karol Marcinkowski, Vice President of Glob Games Studio; He explained that there would be many scenarios in the game, such as fighting mice, avoiding hedgehogs, finding a way to get on the bus, and not being crushed by humans. All these scenarios and story will be conveyed to the player with a good sense of humor, quality sound and visuals, according to the developer company.

It is not announced on which date MicroMan will meet the players, which will be announced today and will be supported by the new generation consoles, but you can add the game to your wish list by accessing the Steam page of the game from this link.

New Map Appears to be Added to Call of Duty: Modern...