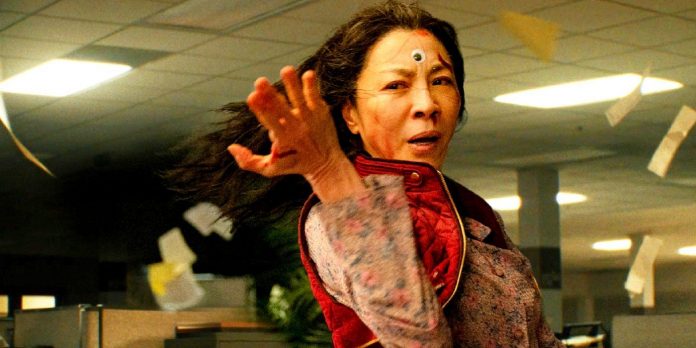 Michelle Yeoh will become the first Asian artist to receive an honorary Doctorate of Fine Arts from AFI. The Malaysian actress, who has worked in the entertainment industry for almost 40 years, began her career in Hong Kong films, and then gained international fame in the 90s, starring in films where she performed her own tricks, and playing roles in the James Bond film Tomorrow will Never Die. and “Crouching Tiger, hidden dragon”. Other notable works in her filmography include Memoirs of a Geisha, Insanely Rich Asians, and Shang Chi and the Legend of the Ten Rings. This year she plays Evelyn Wang — an Asian immigrant, wife and mother trying to be everything to everyone — in the genre-mixing film “Everything and Everywhere at Once”, which received widespread critical acclaim, especially for playing Yeo.

Now, according to THR, Yeo will receive an honorary Doctorate of Fine Arts from the American Film Institute (AFI) “for outstanding contribution to the art of the moving image.” She will be the first Asian artist to be awarded this AFI award. Yeo will receive his degree during the opening ceremony of the AFI Conservatory, dedicated to the graduation of 2022, on August 13 at the TCL Chinese Theater in Hollywood, California.

This award is likely to be the first of many that Yeo will receive in the coming months, as she received a lot of praise and hype around the Oscar for her role in the film “Everything Everywhere and at Once.” Despite the fact that her filmography is long and varied, unfortunately, she did not have the opportunity to take on such a central, dynamic role and show a truly amazing game until this film was released. Yeo had talked about it earlier, explaining that it was something she had been waiting for for so long. There is no doubt that she really values this role and the film for several reasons, and this goes hand in hand with the universal recognition she has received for it. Her high praise as a first-class actress has been waiting for a long time, and hopefully now the industry will agree to offer her the roles and praise she deserves, especially as an Asian actress.