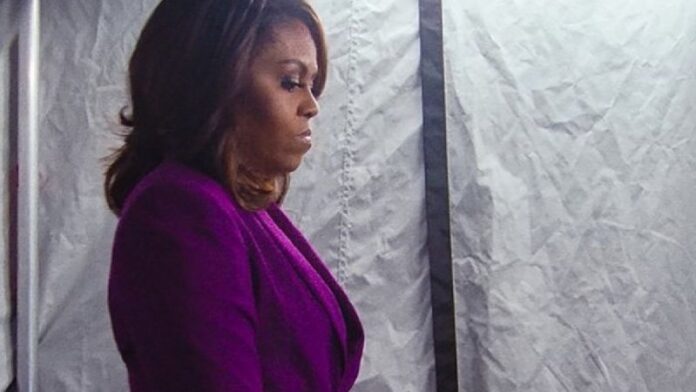 What did she do as soon as she got to the White House? The first lady had an admirable gesture.

The Obama’s passage through the White House undoubtedly marked a before and after, not only within the 4 walls, but in the 8 years that they ruled the United States. The sensitivity of the first lady, Michelle Obama , and her concern for the youth of her country, especially her daughters, were key to the mandates of her husband, Barack Obama. With his documentary “Becoming: my story”, sweeping Netflix , it was learned what was the first measure that the former president’s wife took, thinking about the future of their daughters, Malia and Sasha.

Last year while visiting my old high school, Whitney M. Young in Chicago, I met with a group of remarkable young women on the cusp of finishing school and figuring out who they are becoming. Elizabeth wasn’t sure why she was selected to meet with me that day. She didn't believe her story mattered. But as you will see here, her story is amazing and so is she. Elizabeth inspired me, and I think she will inspire you, too. I can't wait for you to tune in to BECOMING, now out on @Netflix. #IAmBecoming

In her autobiography, which has been available on the platform since yesterday, the former first lady said that the first time she set foot in the White House was to have tea with Laura Bush, but there was something that caught her attention and I dont like him. “While we were being served tea, I was able to see a lot of older African-American and Latino butlers dressed in suits,” Barack’s wife recalled .

In another passage of her story, the most influential woman in the United States told what were the first measures she implemented when she moved. “I did not want my daughters to have the memory of those men dressed as their servants were,” she explained, adding that once installed in the White House, she completely changed the “dress code” to much more informal and relaxed clothing. “Those men reminded me of my uncles and I did not want my 10 and 7 year old daughters, under any circumstances, to grow up with such a memory of their childhood.”

In the film BECOMING, you will get to know an extraordinary young woman named Shayla, who I met while spending time with the girls at @begirl.world in Philadelphia. Watching Shayla get ready for school with her energetic, loving mother and brother, I was reminded so much of my own family growing up––the laughter, support, and sacrifices are all so familiar. I love seeing Shayla discover the power of her story, and I cannot wait to see how it unfolds. In the film, she says that she wants to be successful, but also hopes to have a positive impact on somebody. Well, she already has. I’m inspired by Shayla and so grateful to her for sharing her story with us. #IAmBecoming

For some it may be considered a fairly simple measure, but for Michelle Obama it was all a declaration of their political intentions. Her effort not to spoil her daughters went further and she told her employees not to clean their rooms, since they had to learn to do it by themselves. “My daughters threw it at me many times, but I always told them they did it to me because I was the first lady , and the service came with the official position, something they did not have.” Netflix spent two years following one of the most powerful and influential women in American history.

See Also
Netflix finally unveils the trailer for To All the Boys 3!