Home Crypto Michael Saylor: This Will Accelerate The Adoption Of Bitcoin! 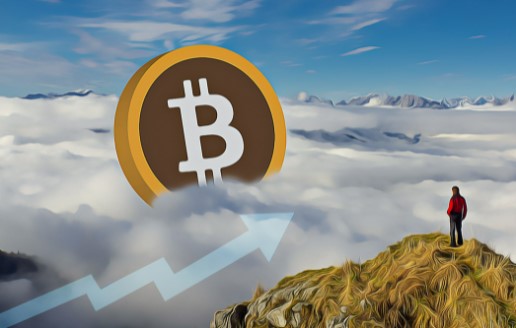 Michael Saylor, president and CEO of business intelligence firm MicroStrategy, made new statements on the future of Bitcoin on Thursday. Saylor, who was once against cryptocurrencies, now invests in Bitcoin to such an extent that it jeopardizes the future of his company. So what does Michael Saylor think will accelerate the adoption of Bitcoin?

Will Accelerate the Adoption of Bitcoin

Michael Saylor, chairman and CEO of MicroStrategy, said on Thursday that war or war-like conditions will increase the adoption of Bitcoin. Saylor also cited a Wall Street Journal article on how the war in Ukraine has historically led to higher global inflation.

Recently, in an interview on the PBD Podcast, Michael Saylor said that Bitcoin is the only scarcity in the world and that gold and “everything else” are not considered commodities that can be produced indefinitely. Moreover, he believes that Bitcoin is the best store of value, not property, gold or commodities, and that the digital asset can survive even under pressure.

Russia’s invasion of Ukraine destabilized global political and economic forces towards higher inflation. War is once again disrupting supply, increasing military spending, and prices are rising around the world. On February 24, the value of Bitcoin dropped close to $34,000. Since then, the price of the most popular crypto asset has appreciated over 20 percent. Of course, volatility continues to increase.

As the war between Russia and Ukraine continues, it has brought cryptocurrencies and their uses into focus. The Ukrainian government has called for cryptocurrency donations from Twitter after its invasion by Russia. Ukrainian Deputy Prime Minister Mykhailo Fedorov tweeted cryptocurrency wallet addresses for donations.

He also urged crypto exchanges to block addresses of Russian users. According to blockchain analytics firm Elliptic, millions of dollars worth of cryptocurrencies have been donated to the Ukrainian government and nonprofits since the start of the Russian invasion. Elliptic’s Tom Robinson said that most donations to date have been made in Bitcoin and Ethereum. Some people also send NFTs to the Ukrainian government’s Ethereum account.

Cryptocurrency has proven its advantages for regions where there is war and oppression. What made gold advantageous? Easy to carry, light in load and heavy in price. Cryptocurrencies can be transported, divided and stored much more easily than gold. In the near future, the usage areas brought by the “war” will be better understood and people will be able to protect their money in Bitcoin and cryptocurrencies for hard days.