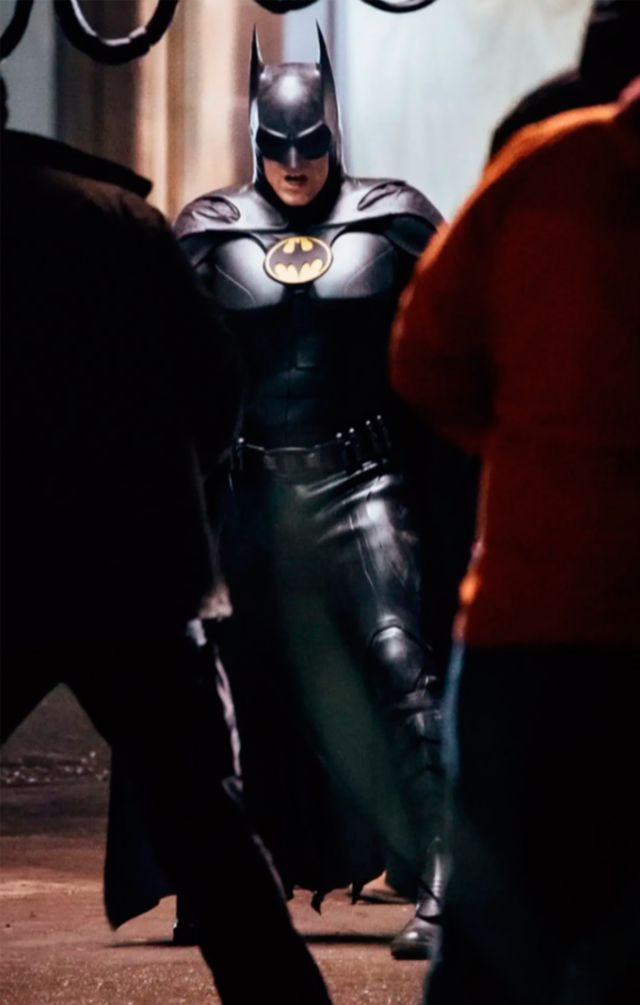 Batman: New photos of the 1989 Batman arrive from the set of Batgirl along with the first images of actor J.K. Simmons. After the first leaked photographs -from afar- a few days ago of Michael Keaton’s Batman on the set of Batgirl, the new Gotham superheroine movie for HBO Max, now new snapshots arrive with the suit of the famous Batman from 1989 in full detail from the set in Glasgow, Scotland, revealing some new features that were previously unknown. In addition, we also have the first photos of actor J.K. Simmons as Commissioner Gordon, along with a video clip in which several scenes are being shot.

Thus, and thanks to these new photographs leaked from the filming set, we can finally see Michael Keaton’s Batman suit in all its splendor, revealing some new details regarding the clothing he wore in his two original Tim Burton films. So much so, that some differences can be seen in the chest part, with some lines that cross the armor vertically in that area and a union with the cape that is also different, more horizontal.

On the other hand, it seems that the belt is no longer the classic yellow and equips another with more muted tones. The design of the chest area itself also looks different, although luckily for fans, it seems that the mask remains intact. What is not clear is whether it is Michael Keaton or a stunt double.

On the other hand, we also have new photos of actor J.K. Simmons as Commissioner Gordon, who reprises his role after Justice League. Likewise, a video clip has appeared with several shots of the Batgirl filming set in Glasgow and some scenes starring Gordon himself.

At the moment, Batgirl does not have a release date, although it is scheduled to arrive on HBO Max at the end of this 2022.