Home Entertainment Michael Keaton in The Flash: “I always thought I could go back... 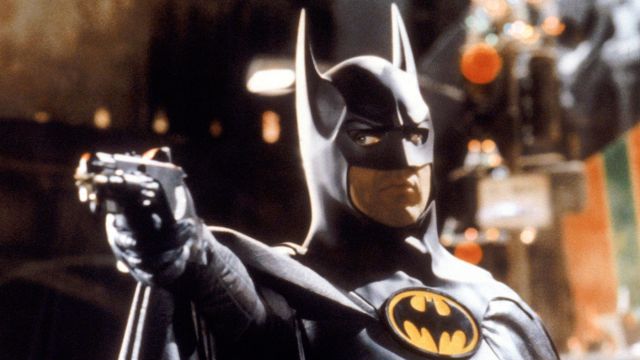 The famous actor once again dons the Dark Knight costume although he admits that he did not understand the plot of the parallel universes of The Flash.Michael Keaton, the famous actor who played Tim Burton’s Batman film in 1989 and who would return shortly after in Batman Returns, will return to don the Dark Knight costume after almost 30 years since the last time in The Flash, the new DCEU movie that is being shot at the moment and of which we have already seen not a few images and videos leaked with more than one surprise. But going back to Keaton, the actor has conducted an extensive interview with The Hollywood Reporter analyzing his return to the superhero cinema, ensuring that he always thought that one day he would be Batman again, giving meaning to his own joke “I ‘ m Batman ”.

The complicated thing about the multiverse

And it is that Michael Keaton was impressed both by the script written by Christina Hodson (Birds of Prey) and by the vision of director Andy Muschietti (author of the remake of It and its sequel) about the possibility of returning as Batman in The Flash. “Honestly, in the back of my head, I always thought, ‘I bet I could go back and nail that motherfucker.’ And then I thought: ‘Well, now that they ask me, let me see if I can do it,’ “says the actor.

Of course, Keaton acknowledges that it was a bit difficult for him to understand the entire plot of the parallel universes and that it justified his return to the big screen as Batman alongside Ben Affleck’s Batman. “I had to read it more than three times to say, ‘Wait, how does this work?’ They had to explain it to me several times. By the way, I’m not being arrogant, I hope, with this. I’m not saying it like, ‘I’m too groovy.’ I am stupid. There are a lot of things I don’t know, ”Keaton continues.

The actor does not conclude the interview without praising Tim Burton’s work with the first two Batman installments, assuring that the current superhero cinema began with his vision. “What Tim did changed everything. Everything you see now started with him. If you really think about what happened between 1989 and now, culturally, business and financially, it’s incredible, ”says Michael Keaton.