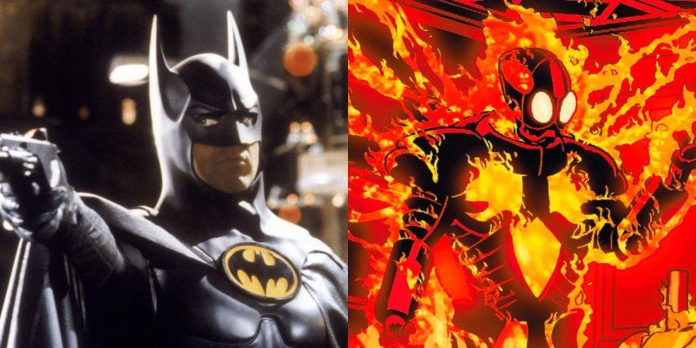 The stars of “Batgirl” Michael Keaton and Brendan Fraser, who were supposed to play Batman and Firefly, respectively, spoke out about the cancellation of the film. Unfortunately, the DC superhero movie never saw the light, despite the number of fans who were happy to see it. The directors, crew and actors were equally eager to bring Batgirl to life.

The action of “Batgirl” was supposed to take place after the planned release of the movie “Flash”. Now Batgirl will probably never see the light of day, leaving Batman Keaton’s future in a state of uncertainty.

Keaton shared his thoughts with Deadline at the Emmy Awards in 2022, saying: “I think it was a business decision… It was a movie, it was good.” The actor said in a disappointed tone before answering the question when fans will next see him in the role of Batman. “Oh, later today. No, I’m kidding. I don’t know. I really have no idea.” Fraser had a lot more to say than his brooding co-star in the film. “The fans really wanted this movie to be made… Leslie Grace is a dynamo. The film was shot and conceived for a smaller screen,” Fraser told Variety. compared to the theatrical release, he turned out to be a canary in a coal mine.”

Fraser had to introduce a relatively unknown villain to a much wider audience. Now that Batgirl has been canceled, fans will never see his iteration of Firefly. Firefly appeared much less frequently than the more popular gallery of Batman villains such as the Joker, Harley Quinn and Bane. This movie would present Batgirl in her own light, give Firefly a new look, and potentially expand the DC comics fan base.

As Keaton, Robert Pattinson and Ben Affleck play different versions of Bruce Wayne/Batman in different time frames or universes, many thought it was confusing for ordinary fans. There were rumors that Keaton would replace Affleck, and it was implied that The Flash would be Affleck’s last appearance as Batman. Now that Affleck is returning as Batman in Aquaman 2, many people think that this is the reason that Keaton’s Batman has become unnecessary in the eyes of his superiors. We hope that one day fans will finally see the completed version of the Batgirl movie.

Fleetwood Mac: Relationships and deeds that almost destroyed the band