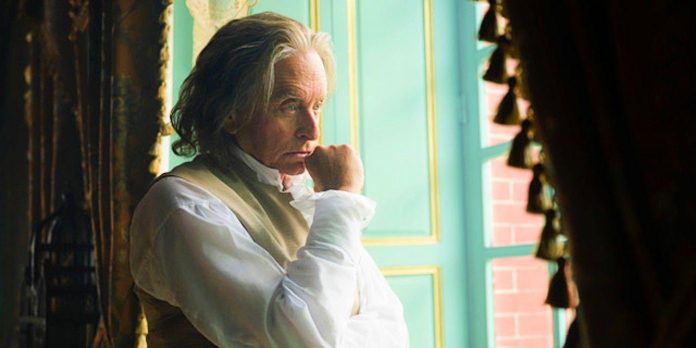 An image of Benjamin Franklin played by Michael Douglas can now be seen in a newly released photo for the currently untitled upcoming Apple TV+ limited series about Benjamin Franklin. Based on Pulitzer Prize winner Stacy Schiff’s book The Great Improvisation: Franklin, France and the Birth of America, the untitled limited series for Apple TV+ will tell about Franklin trying to make one of the greatest adventures of his career. convince France to support American intervention in democracy. In addition to Douglas, the eight-episode limited drama series will also star Noah Jupe, who portrays Temple Franklin, a diplomat, secretary and his own grandson Benjamin.

Now Apple TV+ has revealed first-look photos showing Douglas playing his upcoming role as Franklin in the untitled streamer series. Douglas can be seen in a version of the iconic wig, which the famous publisher and inventor has been known for since the birth of America. Take a look at the first image of Douglas depicting one of America’s founding fathers, below:

In addition to Douglas and Jupe, the upcoming untitled Apple TV+ limited series will also feature Ludivine Sagnier, Thibaut de Montalembert, Daniel Mays, Assaad Bouab, Eddie Marsan, Jeanne Balibar and Theodore Pellerin. In the eight-part drama series, Douglas will become an executive producer along with the writer of the series Kirk Ellis, and Tim Van Patten will take the director’s chair. Apple TV+ has not currently announced a premiere date for the upcoming untitled limited series about Benjamin Franklin.

The Real Housewives of Beverly Hills: 10 memes that perfectly sum...