Home Entertainment Michael B. Jordan works on a limited series of Val-Zod’s Superman for... 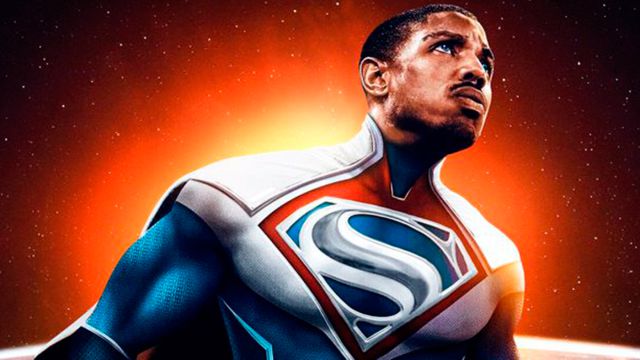 Michael B. Jordan: The actor intends to bring the Val-Zod story to television without confirming his interpretation, in a side project to the new Warner Bros. movie. Popular actor Michael B. Jordan, known for his roles in movies like Creed, Black Panther or No Regrets, among many others, is working on a limited series about Superman’s version of Val-Zod for HBO Max. This has been published exclusively by the Collider medium, information shortly after expanded by The Hollywood Reporter, a project that is being developed in parallel to the film that Warner Bros. is preparing about the story of an alternative Clark Kent played by a black actor. Recall that Val-Zod is one of the two black versions of Superman with Calvin Ellis.

Interpretation of him has not been confirmed

Thus, Michael B. Jordan, a declared fan of comics and who has already spoken on several occasions about the possibility of playing Superman in the cinema, would be developing a project for HBO Max about Val-Zod with his production company Outlier Society; Of course, his role as Superman has not been confirmed, although it would be expected given the many rumors about this possibility.

According to the Hollywood Reporter article that expands on the original Collider story, Michael B. Jordan has long wanted to make a film about a black Superman come true with his production company and also act as a producer, something that materialized in an agreement with Warner Bros. However, the studio did not want to give up so much creative control to the actor, so the project ended up being canceled, to pass into the hands of JJ Abrams and the current project that we echoed a few months ago.

After the disagreement, HBO Max offered the actor to resume the project respecting his creative decisions, of which there would even be a draft of the script. On the other hand, this limited series would take place in another timeline, so there would be no problems with the film currently in development of the new black Superman from Warner Bros.

Val-Zod is a Superman who comes from Earth-2 from the DC comics universe, Kal-El’s partner who picks up Superman’s witness after the apparent death of Clark Kent’s Superman. We will have to wait for a possible confirmation from HBO Max for the project to be 100% official.