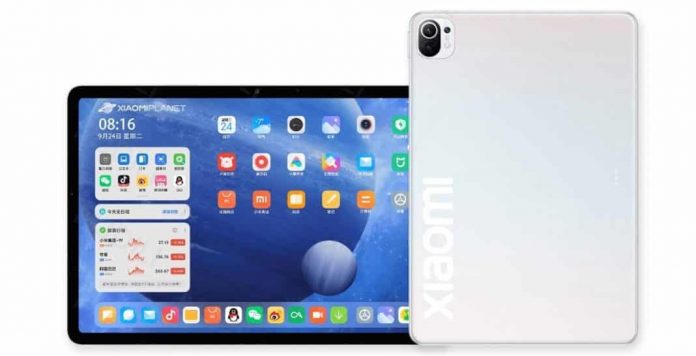 Mi Pad 5 series tablets are expected to be introduced in the coming period. New leaks continue to be added to the leaks related to the Mi Pad 5, which is expected to compete with the iPad Pro, Samsung Galaxy Tab and Huawei Mate Pro tablets.

The most recent of these leaks is related to the battery capacity of one of the series members. One of the Mi Pad 5 tablets approved by 3C in China carries two 4260 mAh capacity batteries. This means that the tablet has a battery with a capacity of 8520 mAh.

According to rumors, the standard Mi Pad 5 will be accompanied by the Mi Pad 5 Pro tablet. It is stated that the Pro version will have a 120 Hz LCD screen and the touch sampling rate of this screen will be 240 Hz. Cell active pen technology support, WQXGA aspect ratio and 2560 x 1600 pixel resolution are also among the features of the screen.

Xiaomi Mi Pad 5 series tablets are expected to have a triple camera system as in Mi 11 series smartphones. Although it is not known how effective the camera features will be when buying a tablet, it is understood that Xiaomi is ambitious for its new tablets.