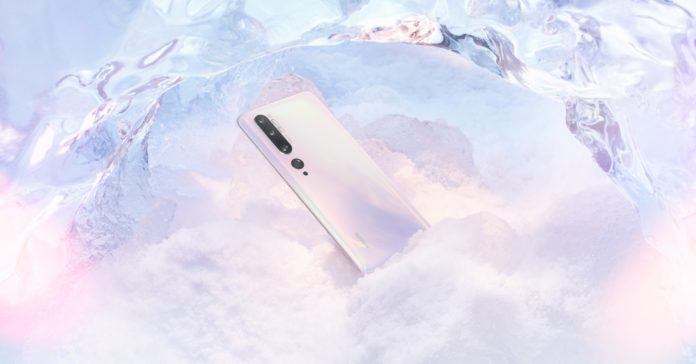 The Mi 10 was launched in February in China and the Mi Note 10 arrived in December 2019 in Brazil. Although the names are similar, the two Xiaomi phones are different. Smartphones share the 108 MP sensor but the specs bear little resemblance.

The launch has prices starting at 3,999 yuan (R $ 2,945 at today’s exchange rate) and comes in ice blue, peach gold and thiium silver. The Mi Note 10 is available in Brazil in aurora green, white and midnight black. The cell phone can be purchased on the official website of the Chinese giant in Brazil for figures starting at R $ 6,929 and also in partnership with the operator Vivo. Check out the differences between Xiaomi phones.

The notch is not present in the Mi 10, since the launch brings the selfie camera in a hole inside the screen in the upper left corner of the panel. However, the cutout is present in the Note, centered and in a drop shape as in previous models.

The curved display on the sides like the top-of-the-line Samsung phones is present in both. Both smartphones have the photographic set as a vertical line in the upper left corner.

Camera
Five cameras make up the Mi Note 10’s photographic set, putting it at an advantage over the Mi 10. The arrangement is made up as follows:

The Note’s front camera also has a higher resolution than the Mi 10, as it has 32 MP, while the Mi 10 records selfies with up to 20 MP resolution.

Performance and storage
The Mi 10 should provide a more fluid and more powerful performance than the Note model. Xiaomi’s launch features the Snapdragon 865 processor (octa-core up to 2.8 GHz), which runs 5G internet resources, 8 GB or 12 GB RAM and 128 GB or 256 GB storage.

The Mi Note 10 comes with the Snapdragon 730G, an octa-core processor up to 2.2 GHz and only a combination of hardware: 6 GB + 128 GB. Neither has a microSD card slot to expand the data space.

Drums
The capacity of the Mi Note 10 is 5,260 mAh, a larger battery than the Mi 10, which comes with a 4,780 mAh component. However, when it comes to fast charging, the launch can be replenished using chargers up to 50 W. In the case of the Mi Note 10, the largest power supported is up to 30 W.

Operating system and additional features
The Mi 10 leaves the factory with Android 10, Google’s latest mobile operating system. The Mi Note 10 runs Android 9 (Pie), but can now be upgraded to the same system as the newly launched phone. In addition, Xiaomi has perfected MIUI 11 on both smartphones.

Both feature NFC technology and therefore have payments by approach through Android Pay or Google Pay. They also have fingerprint biometrics integrated with the screen itself and infrared. The Mi Note 10 brings the FM radio as a differential, since the Mi 10 does not have this feature.

Price
Mi Note 10 was announced in the domestic market in December through a partnership with operator Vivo. Those interested can purchase it for R $ 4,499 in the Vivo Família 60 GB plan, whose monthly fee costs R $ 320, or in the pre-paid one for R $ 6,599. The official Xiaomi store also sells units from R $ 6,929. The Mi 10 has not yet arrived in Brazil. The smartphone was launched abroad with prices starting at 3,999 yuan (R $ 2,945 in direct conversion).

GOG Gives Free PC Version To The Witcher 3 Owners On...