Apparently, Xiaomi may be another company to follow the example of Apple by removing the charger from the box of its devices. That’s because photos showing the Mi 11 packaging reveal that it is almost as thin as the iPhone 12.

As much as the Chinese manufacturer has used its social networks to make fun of Apple, there is always the Samsung solution: delete the content and pretend that nothing happened. According to the well-known and trusted Digital Chat Station, the Mi 11 is already in the hands of some users.

Therefore, the amount of leaks is expected to grow considerably this weekend. This is the case of the real photos revealed earlier, and now the box of the device brings the mystery involving the possible sale of the cell phone without a charger. Below is a comparison that is circulating in China: 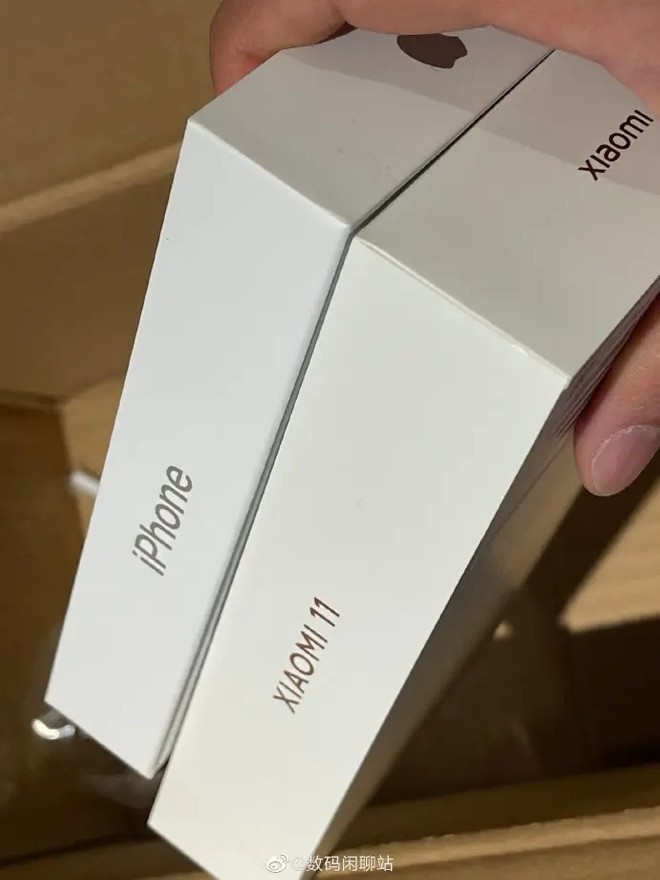 Of course, it is still too early to confirm that Xiaomi will actually sell the Mi 11 without a charger. That’s because the company did not comment on the matter. In addition, another detail that draws attention in the image above is that the box of the Chinese flagship is longer.

That is, the new internal design of the box may have favored this change in thickness. Anyway, if the rumors are confirmed and the Mi 11 and Galaxy S21 reach the consumer without a charger, everything indicates that this will be a difficult trend to reverse in 2021.

As in the case of the P2 port for headphones, Apple is influencing the universe of Android manufacturers. This should boost the accessories market in the same way that the wearable segment grew substantially after the Cupertino company moved.

It is worth remembering that the Mi 11 will be the first cell phone in the world with a Snapdragon 888 processor and its launch will take place next Monday (28).