Ricardo Salinas Pliego, the 166th richest person in the world and the second richest name in Mexico, announced today that he bought Bitcoin (BTC). Although Pliego did not say exactly how much Bitcoin he bought, he said that he allocated 10 percent of his cash portfolio to Bitcoin.

Ricardo Salinas Pliego, the second richest person in Mexico, shared a video that has become very popular in the past few hours today. This video, where the Venezuelan bolivar was treated like garbage, showed the money coming out of the trash. Pliego shared this video and said that the paper money is now worthless and investors need to diversify their portfolios.

He then announced that he bought Bitcoin

Pliego, who heads Grupo Salinas, advises Mexican President Andrés Manuel Lopez Obrador and is cited as the seventh richest person in Latin America. Pliego, one of his country’s few billionaires, has managed to separate from many of his peers by officially announcing that he has purchased BTC.

Pliego, operating in many different sectors such as banking and retail, announced that it has purchased BTC with the tweet he shared today. In this tweet, the famous billionaire offered people to read a book called The Bitcoin Pattern. Saying that people can use Bitcoin to protect themselves, the billionaire announced that he has allocated 10 percent of his cash portfolio to BTC. 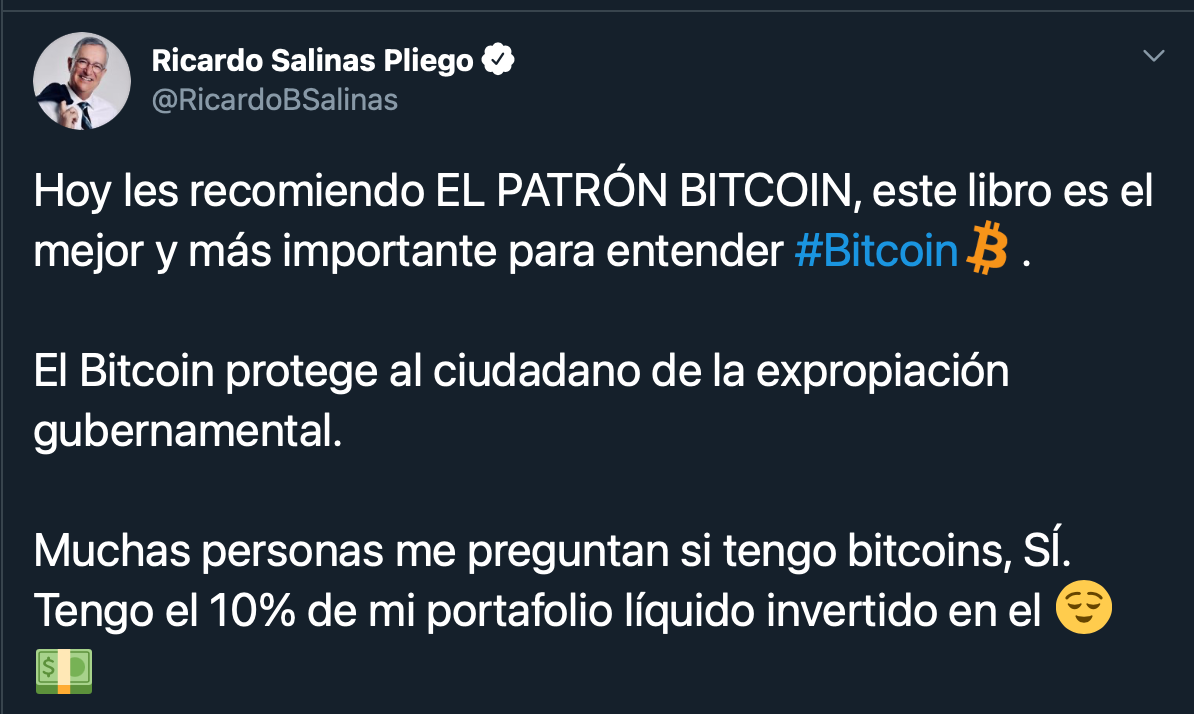 “We have passed to the fifth stage”

Famous analyst PlanB, who adapted the stock-flow model (S2F) to Bitcoin, commented that the Mexican billionaire businessperson bought Bitcoin as a positive development. The analyst made a comment based on the model he created and announced that Bitcoin is now in the fifth stage.

This model developed by PlanB points out that the Bitcoin price may have exceeded $ 100,000 by the end of 2021. BTC, which is currently traded for just under $ 18,000, needs to gain almost 500 percent to reach this level.

WHO WILL SIT TOGETHER WITH BTS DURING THE GRAMMYS 2020?

2020 may have overactive season of maritime hurricanes

Clara Morgane shows off her beautiful curves on Instagram!