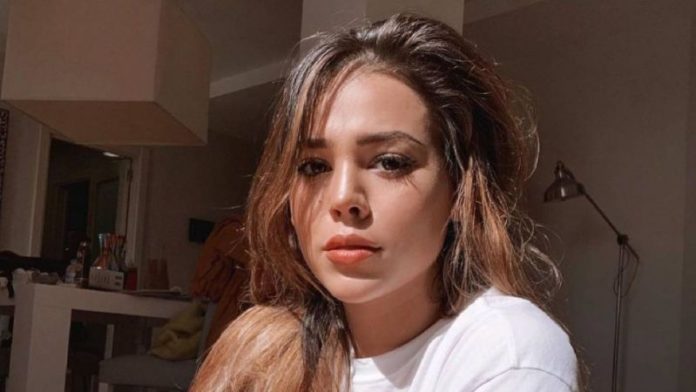 Danna Paola makes a controversial revelation and puts the world like this … You kick up! The Mexican Actress Danna Paola Surprised All Her Followers.

As everything is not controversial in the world of entertainment, Danna Paola is ready to forget all the scandals that have surrounded her recently and make a new announcement for her fans.

The interpreter of Monica in “La Doña” left behind, or at least stopped them for a while, to face a new story that left her millions of fans muted in the act itself.

And is that the interpreter of “Bad Fame” will become the main conductor of the first edition of the Spotify Awards, which will reward the best songs played on the subscription channel.

The interpreter of “Agüita” shared in her social networks: “Thanks to Spotify Mexico for returning the power to the fans. #SpotifyAwards! 03-05-20. What a thrill to be a host! ”

It should be noted that the renowned Mexican actress is currently promoting the new season of “La Doña”, the soap opera where she stands out as one of the secondary characters.

Similarly, Belinda’s well-known rival is also waiting for the premiere of the new season of “Elite”, where she will give life to Lú, one of the most controversial characters.

Meanwhile, life seems to continue doing a twist on Danna Paola, always giving what to talk about, as was the case with her most recent participation in “The Academy” where she felt mocked by one of the participants.