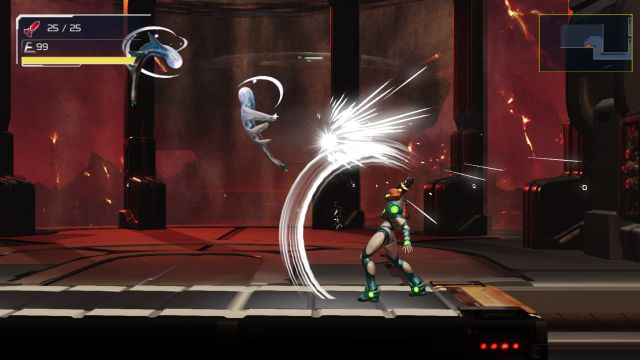 Metroid Dread: The Nintendo and MercurySteam video game is now available exclusively for Nintendo Switch. Aims to break more business records in the series. Metroid Dread is destined to become one of the best-selling video games in the series worldwide. The first official reports from the United Kingdom indicate an extraordinary week for the new Nintendo and MercurySteam for Nintendo Switch, which is the fifth 2D installment of the Samus Aran series. According to the data, provided by GfK (via GamesIndustry), Metroid Dread is the title with the highest turnover of the entire saga at its launch; counting both 2D and 3D deliveries.

Although it is not the best seller in terms of physical copies accumulated in its first week, since it maintains Metroid Prime for GameCube (2002), this new iteration has generated more income in the same period of time as it is a more expensive title (59 , 99 euros), which translates into higher income. It has fallen less than 1,000 copies of beating the Metroid Prime record.

According to the source: “We can safely say that Metroid Dread is the fastest-selling Metroid game to date”, given that these data do not include the more than presumable more than 1,000 copies that the title has sold through the eShop during this weekend.

Thus, the last adventure of the arc that began in 1986 debuted in third position in the UK rankings in the week ended last October 9; the best-selling video game if we stick to exclusive titles. During that period, only FIFA 22 and Far Cry 6 have sold more physical copies than Metroid Dread; taking into account that both titles contemplate their copies on PlayStation and Xbox consoles.

With these conditions, and in the absence of knowing how its debut in Japan has been – data that we will know between this Wednesday and Thursday – everything indicates that Metroid Dread aspires to exceed the more than 2.84 million copies sold of Metroid Prime for GameCube, the which is so far the best-selling game in the series.

Metroid Dread is available exclusively for Nintendo Switch. You can read our analysis in depth and with note through this link.