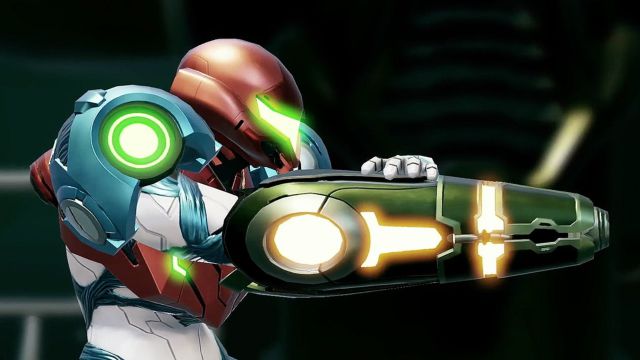 Metroid Dread: On its 35th anniversary, the Japanese company confirms a new 2.5D development delivery for the Kyoto machine. Finally, news about Metroid, although it is not the already announced Metroid Prime 4. During the Nintendo Direct of E3 2021, the Japanese have announced the development of Metroid Dread, a new video game developed by the Spanish studio MercurySteam that will go on sale exclusively for Nintendo Switch. They have revealed it through a trailer, which you can see below these lines. As you can see, the characters are polygonal, but the game takes place in two dimensions.

The story will take place after the events narrated in Metroid Fusion. We will have to explore a strange new planet while we are chased by E.M.M.I. Metroid Dread will go on sale on October 8, 2021 exclusively for Nintendo Switch. There will be a special edition that will be released on the same date that will include the game, a metal box, an art book and illustrations of the five two-dimensional games in the series.

Metroid is also celebrating its anniversary

With 35 years behind it, Metroid is one of those sagas that is still active, although Nintendo has maintained a relative silence throughout recent years. However, the Spanish study MercurySteam developed a remake of Metroid II for Nintendo 3DS, so the rumors about a possible new 2D title have not stopped being heard, which have finally been confirmed. Meanwhile, Retro Studios continues to work on Metroid Prime 4.

The fourth installment of the Metroid Prime saga has not had it easy. Its development began in 2017 with Bandai Namco, but Nintendo was not satisfied with the results and decided to restart the project and ask Retro Studios, the original studio of the trilogy, to be in charge of shaping it. Since the reboot was announced there has been no news, but hope has not been lost, despite the fact that it has not appeared in any of the Nintendo Directs that have been broadcast over time.

Another rumor that has emerged insistently is the possibility that the Metroid Prime trilogy will be remastered on Nintendo Switch. “I’m quite skeptical of it happening,” said former Retro developer Michael Wikan. “It was easy to adapt Metroid Prime 1 and Metroid Prime 2 to motion controls, but adapting Metroid Prime 3 to normal controls would be a Herculean effort.” In addition, to that we must add certain problems with the code linked to Retro Studios’ internal editing tools.

Rick and Morty: Season 5 gets trailer and premiere date