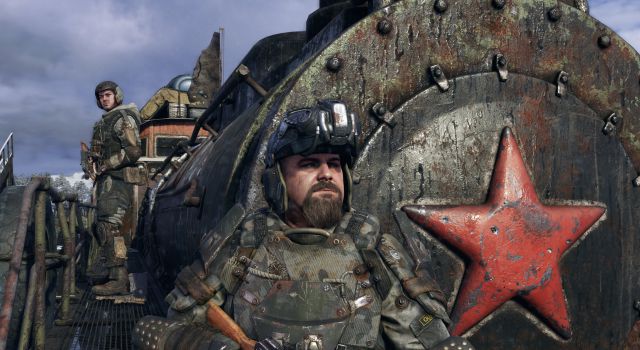 Metro: Exodus: We got on for the last time? to the Russian metro in the version for Next Gen systems of the great Metro: Exodus. “To reach your goal, to end the journey, you have to stop walking”, Metro 2033, Dmitry Glukhovsky.

There are series that do not pretend to reinvent genres, simply tell good stories, build effective experiences and, if possible, contribute something new without departing from what the public demands. The Metro saga has been doing the same since that Metro 2033, first exclusively for PC and Xbox 360 in 2010, which marked the debut of the Ukrainian – Maltese studio 4AGames – founded by professionals with experience in titles such as S.TA.L.K.E.R .: Shadow of Chernobyl.

Shooting (and Riddles) in the Dark

Without leaving the schemes of a good FPS, in 4AGames they managed to deliver a shooter with a simply unique, claustrophobic and post-apocalyptic setting. Metro 2033 had its bugs and questionable AI -the weak point of the saga-, but the detail of the environments, the elements of action, ‘stealth’ and even horror made up an experience that hooked thanks to its precise control and a plot that took its time and created its own narrative tempo, based on the work of the Russian writer Dmitry Glukhovsky.

A few years later, Metro: Last Light, co-written by Glukhovsky, continued the saga with the same playable mix. And the users of Sony systems were able to rediscover the first Metro thanks to the great ‘Redux’ of both for the systems of the past gen.

And already last 2019, the saga came to its (apparent) end with Metro: Redux, a title that has recently had the treatment that promises to remain popular for at least a couple more years of this new Gen, with a patch for PC, PlayStation 5 and Xbox Series S / X that takes advantage of the Next Gen power to unleash a graphic and technical mega-show that reminds us that yes, we have already changed generations.

Since the game remains exactly the same in its playability, story, gunplay and duration, we recommend you read the analysis that we published two years ago on the occasion of its premiere to know what the closing of the saga offers. In this analysis we are going to focus on the changes, which are purely at the visual level in general, and a little on the control in the case of PS5.

Released a month ago in the form of Enhanced Edition for PC, this ‘next gen’ patch has reached PS5, Series S and Series X. And its main novelty is in a new lighting system, completely redone to take advantage of the current power. Not that the original Metro Exodus looked bad, the other way around, it was a graphic beast, but the power of Xbox One and PlayStation 4 ‘condemned’ it to a graphic cap of 30 frames and 1080p. On PS4 Pro and One X the resolution went up a bit, but even so the PC was still the best way to take advantage of the game’s graphics – and reduce its long loading times on the console.