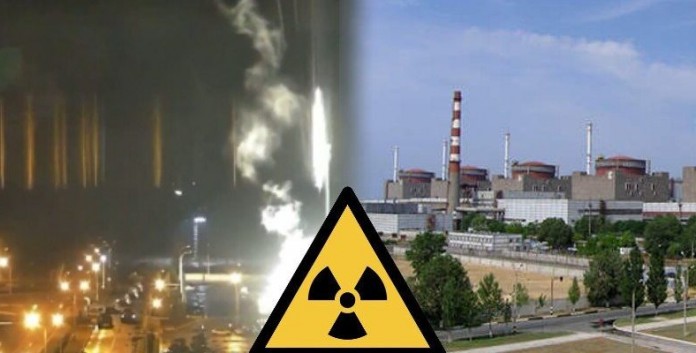 Russia attacked the Zaporjia Nuclear Power Plant in Ukraine, one of the largest nuclear power plants in the world, yesterday. Although the fire caused by the attack was brought under control, a new video that emerged revealed how close the conflicts were to the nuclear reactors.

The news that came yesterday after the Russian invasion of Ukraine revealed the frightening aspect of the war. In a news we shared with you, it was stated that the Russian army launched an attack on the Zaporjiya Nuclear Power Plant, one of the largest nuclear power plants in the world. It was stated that the fire at the power plant, which was reported to be the “end of Europe” if it exploded, was later brought under control and people were relieved to some extent.

In addition, in another content we conveyed to you, we shared what would happen if the power plant exploded. In the statements we quoted in this news, it was stated that the explosion could be ‘ten times bigger than Chernobyl’. Now, new details about the Russian attack have emerged.

Bombs and bullets found 250 meters from the nuclear reactor

Frightening images were found in a new video that appeared at the power plant. When the video was examined, it was observed that bombs and bullets were hit 250 meters away from the reactors at the power plant, which was exposed to clashes. The video, in which the exploded ammunition casings, bombs and bullet traces can be seen clearly, revealed that the nuclear power plant was damaged and how close the clashes were to the nuclear reactor.

Although the danger has been overcome for the time being and it has been declared that there is no radiation leakage, concerns about the power plant continue. It is also among the news that an explosion at the power plant, which is 677 kilometers away from Turkey, may affect our country. Ukrainian officials also state that although the fire has been brought under control, the attacks may happen again, and that the station staff are very tired and in danger because they work without shifts. Experts add that 150 containers of waste at the power plant pose a great risk.

Video Showing How Many People Will Lose Their Lives in a...