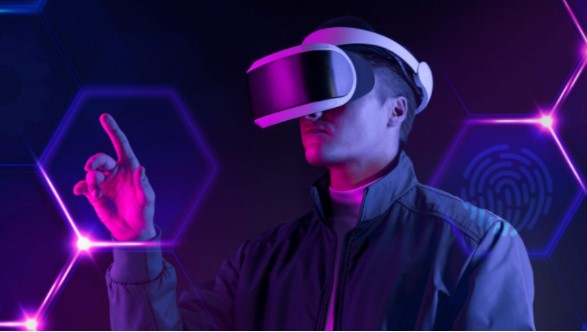 JPMorgan, Samsung, fashion giants, the media world could not be expected to remain indifferent to the metaverse. Giant financial companies are already targeting a $1 trillion market for the metaverse, and the largest companies are accelerating their work in this area.

Mike White, an executive in the Media and Entertainment Distribution group, has been appointed the new senior vice president of “Next Generation Storytelling and Consumer Experiences,” where he will help define how consumers will experience Disney’s upcoming metaverse. Disney CEO Bob Chapek sent an email to employees on Tuesday, announcing that he had appointed a manager to oversee metaverse strategy.

In an email to staff, Chapek said:

“For nearly 100 years, our company has defined entertainment by leveraging technology to bring stories to life in deeper and more impactful ways. Today, we have the opportunity to connect. It creates an entirely new paradigm for these universes and how audiences experience and interact with our stories.”

Chapek announced last November that he is ready to embark on a journey into the metaverse that Disney says will advance storytelling by combining elements of the physical and digital worlds. He describes the Metaverse as “the next frontier of great storytelling” and one of the company’s strategic pillars.

White has 25 years of technology and leadership experience. Prior to joining Disney, he served as chief technology officer at Apollo Group and previously spent a decade at Yahoo in positions of increasing responsibility, including director of strategy and technology.

Social media will now be replaced by the metaverse, and according to Bank Of America, we are still at the very beginning of the road. So much so that it would not be an exaggeration to say that we are in the first days of the establishment of platforms such as Facebook and Twitter. In those days, no one believed that these companies would reach billions of users. But the upcoming social media, for example, shows that this is also possible for the metaverse.

Phones will be replaced by specially designed virtual reality equipment, and people will have more fun in their virtual universes than social media. Thanks to the developing technology, borders will disappear even if they are “virtual” and we will be able to do many things we do in real life, even in the metaverse. If you want to expand your horizons and have an idea about the future, you can get help from productions such as Ready Player One.