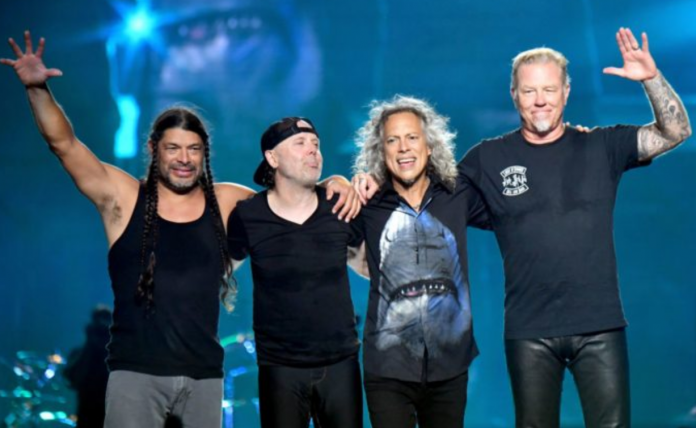 Metal veterans honor Johnny and Marsha Zazula, the couple who signed the quartet to their Megaforce Records label, which released the 1983 debut album “Kill ‘Em All” and its 1984 sequel “Ride The Lightning”. The show at Hard Rock Live in Hollywood, Florida, on November 6.

At the concert, the band will perform tracks from only these two albums, and it will be opened by Raven, whom Metallica supported on their first tour in 1983.

Tickets for the concert will go on sale this Friday (September 30) at 10:00 local time, pre-sale is also scheduled for Wednesday (September 28). Tickets will be available here.

Join us on November 6 at @HardRockHolly in Hollywood, FL! This night will be extra-special as we’ll be joined by our old friends @official_raven to celebrate the life, legacy & achievements of Jonny & Marsha Zazula!

“Johnny gave us our first break in New York, released our first albums on his Megaforce Records label and sent us on our first real tour,” the band said in a statement via Rolling Stone.

“With Marsha by his side, Johnny was a mentor, manager, label head and father to all of us… we wouldn’t be where we are today without the two of them. Unfortunately, we recently lost both Johnny and Marsha, just over a year apart.”

Metallica will donate some of the money they earn from the concert on behalf of Zazulas, MusiCares, to the Recording Academy Charitable Foundation, which provides musicians in need with support for health, mental health and living expenses. The group’s own charity, All Within My Hands, will also make a donation to the Feeding South Florida Food Bank.

Meanwhile, Metallica also recently announced their third Helping Hands charity concert at Microsoft Theater on December 16, and all proceeds will again go to their charity.