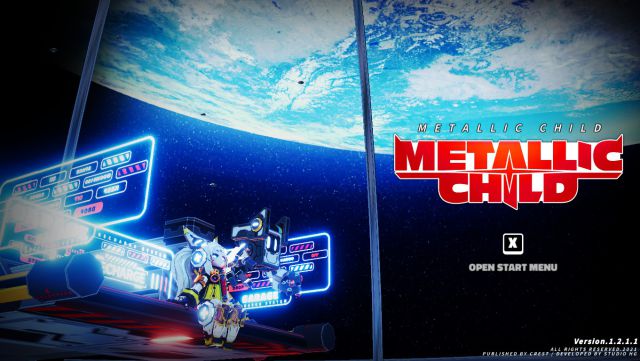 Metallic Child: We analyze this roguelite-style title in which we will control Rona, an android who must fight through various phases to save Earth. The roguelite subgenre has been gaining notoriety over the years and through the success of several recent titles, such as Hades, Enter the Gungeon, Dead Cells or Slay the Spire among others. The difference it offers with respect to the original genre, roguelike, results in a game that offers more facilities to progress in the adventure while maintaining the improvements and experience gained in it, which makes it a genre that is a more affordable challenge for those who prefer a certain difficulty but not excessively.

On this occasion we get a new title of this genre, Metallic Child, coming from the hand of Studio GH, responsible for titles such as Smashing the Battle and Overturn, which under the tagline of roguelite core action is presented as an interesting alternative to have in bill.

The premise of the game introduces us to Rona, an android called Metallic Child who has been developed in a space station, Life Stream, and who asks for help by sending a distress signal. This receives a response through the connection of a user from Earth who finally helps the android to carry out its repairs to be operational again, although discovering that it cannot maneuver autonomously as it lacks a Gem Core of its own. that decides to allow the user himself to control it remotely. She in turn informs him of the situation in which the station she is in is falling towards Earth and that she is counting on her help to avoid a tragedy. After a small phase that serves as a tutorial to get to know the controls and get to the Core Lab, a place that will serve as the base of operations, where it is explained that the station has suffered a rebellion causing a large part of its personnel to have been eliminated by autonomous robots, being this sponsored by Dr. Irene, the creator of Rona. On the other hand, to regain control of the station it is necessary to re-supply power to the Core Gem machine, being necessary to gather these nuclei defeating other Metallic Children that are in different areas of the station.

The levels that will have to be faced in the game include different types, the most common being to advance through dungeons with several levels generated randomly while in other cases there will be phases in which the development will vary offering consecutive confrontations against hordes of enemies on an elevator or others in which you will have to pilot a vehicle to maneuver through tunnels or in the middle of space. In the regular phases, it will be necessary to explore the map thoroughly to locate the access portal to the guardian’s nest (keeper) of the level to be defeated in order to advance to the next and do the same, which will finally give access to the confrontation against the Metallic Child of that level. Obviously in between there will be several inconveniences to face both enemies that may difficulties when progressing while solving the traps that will change depending on the area, ranging from areas of fire, ice or electricity but which, in turn, They can be used to their advantage by being able to launch enemies against them, dealing considerable damage or even eliminating them in one go.

HyperX Will Live This Saturday (11) With Lots Of Fun and...

The 9 Best Netflix Documentaries That Aren’t About True Crimes, According...