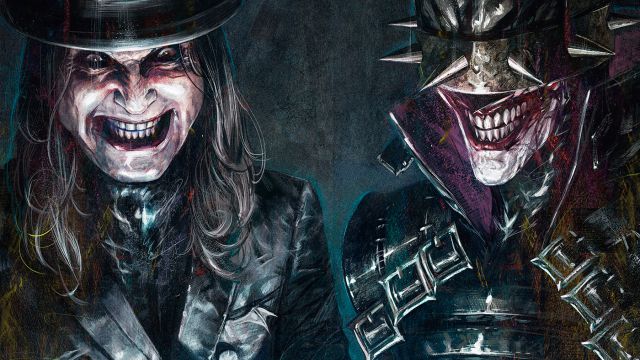 DC’s new comic series will pay tribute to the greatest stars of metal music with covers dedicated to Ozzy Osbourne, Megadteh and more.

After the great success of the Batman: Death Metal comic series created by Scott Snyder and Greg Capullo, DC Comics returns in 2021 with a new event from the same dark universe with Dark Knights: Death Metal. And to celebrate the arrival of this new series, those responsible will pay tribute to the great stars of metal music on their covers with the presence of figures such as Ozzy Osbourne or Megadeth, among many others.

Thus, DC Comics has already confirmed that there will be a total of seven covers known as Band Edition that will mix fearsome characters from DC’s Death Metal universe with metal music stars such as Ozzy Osbourne, Megadeth, Ghost, Sepultura, Dream Theater, Lacuna Coil and Opeth.

Each issue of the Dark Knights: Death Metal – Band Edition collection will present a synopsis with the main band and an exclusive interview specially conducted for the occasion, with the aim that metal music fans get closer to the world of comics and that comics regulars do the same with said musical style.

Sony Announces Xperia Pro, New Phone That Can Be Used with...

Overcooked! All You Can Eat é anunciado para PC