Home Entertainment Metal Gear Solid: They Find a Bug That Has The Speedrunner Community... 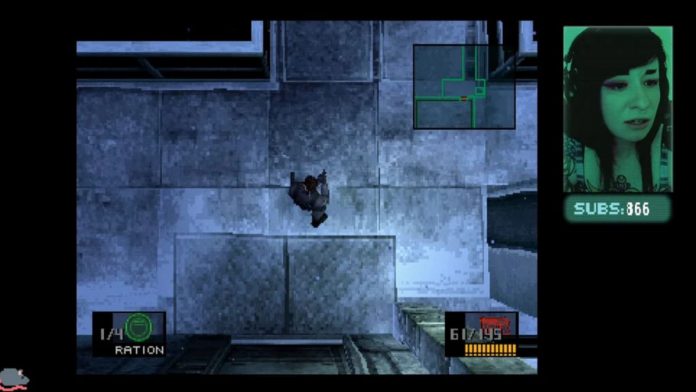 Metal Gear Solid: Streamer Boba has accidentally discovered a glitch, which promises to save time for those who want to get past the game in record time.Konami has not announced any new Metal Gear Solid installments, but players can always return to previous installments and one of the great classics of video games, the first chapter for PlayStation. That’s what the streamer known as Boba has done, who was enjoying the title for the first time when she accidentally discovered a bug that members of the speedrunner community have already taken good note of.

At one point in the game, Solid Snake was shot by one of the guards. So, somehow, he ended up going through a door that is normally locked tight. Not knowing what had happened, she Boba communicated to her audience that she had run into a bug. She still did not know that this discovery was going to have an impact on the network, especially among people who try to finish the game as quickly as possible. In fact, the glitch was completely unknown.

How is the bug activated?

According to speedrunners, this bug can speed up games by between two and two and a half minutes, as it is a shortcut that allows Snake to reach the next section of the game in less time. Although the streamer was not aware of how he had been able to enter through the door, the community has got to work and has discovered what happens when the protagonist stands against the door at a certain angle and points his gun at the guard. The instant the fired enemy moves back a bit, Snake goes through the door if he stays in the same position.

Boba has been asked for a name for the bug and she has decided the following: “I called him Kevin because I did not want him to be named after my name, since I thought he would be too self-centered.”