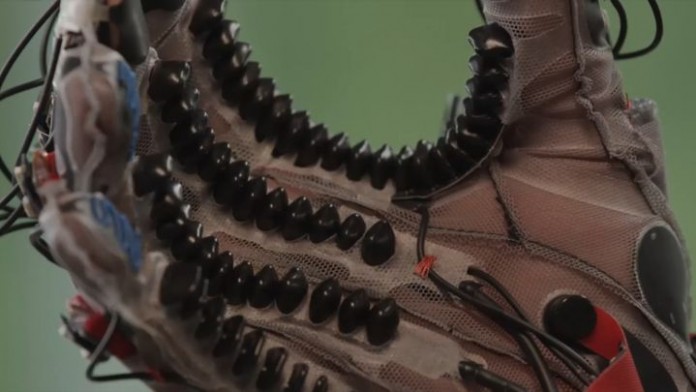 Meta has already advised in its intention to create a metaverse. It is a virtual universe in which many activities can be done, but there is still a lot of development ahead. One of those borders has to do with the senses, something that the Menlo Park company wants to solve little by little and the proof is this haptic glove that the firm is working on.

This is Meta’s haptic glove

It is a fact that the metaverse is a space yet to be conquered, but for now it is a place where the senses do not function at all. You can only see and hear, it is true, but something as essential as touch comes to nothing. And it is that although there are devices with which you can grab objects, they are not enough to have a feeling of what you have in your hand.

But in Meta they believe that they are capable of reaching the most interesting point so far, which is feeling objects. The glove that you see in the video is the prototype that they have created thinking of using it with an Oculus team. The user can see what is in front of him and with the glove he can grasp and even feel that he is grasping an object.

This is possible thanks to the fact that the glove is equipped with an air flow system that manages to reproduce, according to the company itself, the sensation of holding an object and even giving the glove texture. The tests, as you can see, dare with all kinds of elements of plastic, wood and even a human hand and all carried out through a flow channel that responds to the situation of the hand at all times and the changes that are made. .

This is important because the system reproduces the movement of the hand in virtual space in great detail. From moving your hand in any direction to doing a Chinese pulse with another player and, why not, playing jenga with another person showing that you are capable of preventing the tower from falling.

As you can see, Meta’s glove for playing virtual reality is in a very early prototype phase, but it lays the foundation for what the firm wants virtual reality to be in the future: a space parallel to reality in which you can do almost the same without leaving home.