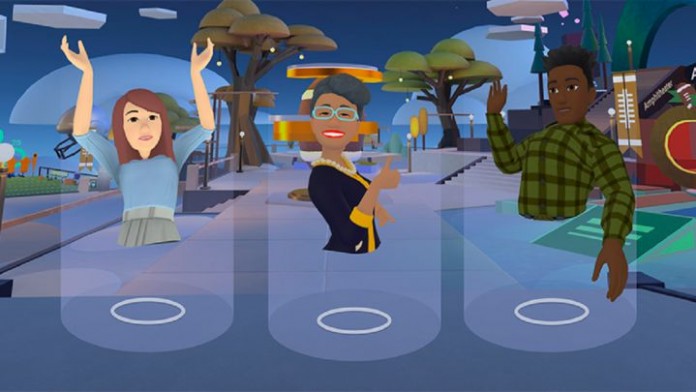 Meta is paving the way for the metaverse and is slowly getting a great infrastructure to support itself. There are still few who have taken a tour of this virtual part of the world, but it may be that over time more people will join it and everything that it encompasses. But there is still a long way to go, and before that happens Meta wants to put a personal space to the metaverse.

A space for you and nobody else in the virtual world

With the current pandemic, many have taken this interpersonal space to heart. Leaving at least a meter and a half of separation is almost vital for many even though prevention measures are being relaxed. But this is also important from before for many, those who do not want to maintain close contact with anyone and who call living space.

This can also happen in the virtual world and Meta has provided a solution to the problem. Users, when using their avatars, will behave as the same entities as in real life. Each one will have their representation in the digital world with what it means to be in the same space as other users, occupying it and in which they must live in harmony.

But of course, not everyone is expected to be a ‘good citizen’ and to prevent harassment even in the digital world, a minimum space must be met. Each person is included in a cylinder that distances approximately one meter between two users. This allows them to put their hands together for a high-five, but it doesn’t prevent a thing called body blocking, as TechCrunch reports.

This term, to understand us, refers to the interaction between two virtual bodies that get in the way and that, consequently, forces one of the two to look for an alternative route if there is one. In practice, this space will help prevent anyone from getting stuck in corners because of another user, which will help prevent cyberbullying between users.

Of course, the metaverse is now under construction, but Meta wants to avoid all kinds of problems of this nature at all costs.

Not Just LUNA and UST! Another $28 Billion Melted!