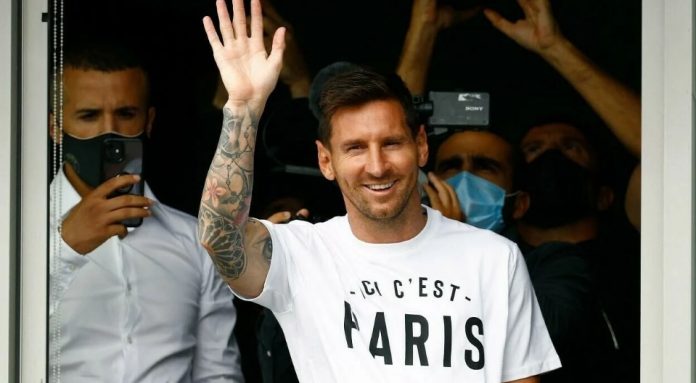 Messi’s New Team Announced, Social Media Goes Crazy: Here Are the Best Reactions. It was announced that the world-famous Spanish football player Lionel Messi signed an agreement with Paris Saint-Germain after leaving Barcelona. Messi has arrived in Paris, where he will sign a deal with his new team, as of this afternoon (August 10).

Lionel Messi, one of the most famous football players in the world, has become a hot topic all over the world with his departure from Barcelona. In which football club the Spanish football player will continue his career after this separation, has been a matter of great curiosity until today.

Messi, who left his home in Barcelona with his family at noon today, took his breath away in Paris at around 18:00; Because it has been announced that the famous football player will continue his career in the Paris Saint-Germain team.

Messi, who has agreed on everything with Paris Saint Germain, which is known by the abbreviation PSG, will pass a health check in the evening and sign a 2 + 1-year contract. The Spanish football player will hold a press conference in Parc des Princes on Wednesday, August 11th.

The transfer of Lionel Messi, who has been playing in Barcelona for many years, to Paris Saint-Germain has also made a big impact on social media. You can find the posts about this decision of the famous football player below.

Epic Games Gives Away 10 Euros For Subscribing To Their Emails:...